Last week I sent out a “thought” having to do with knowing the heart of God by a man named Dane Ortlund. This week I pass one along from Dane’s father, Ray Ortlund, which has to do with the Gospel and what happens in us when we really believe it. 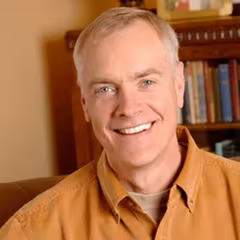 This was posted on ‘The Gospel Coalition’ blog site on March 30, 2017. I share it because it resonates with what my home group has recently discovered as we’ve been going through a book on the “31 Ways to be a “One-Another Christian” – Loving Others with the Love of Jesus.” We’ve come to the same conclusion as Mr. Ortlund. Enjoy. 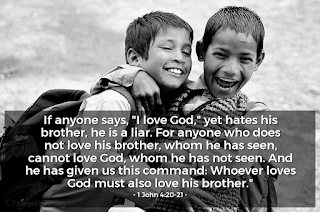 Our relationships with one another reveal to us what we really believe as opposed to what we think we believe – our convictions as opposed to our opinions. It is possible for the gospel to remain at the shallow level of opinion, even sincere opinion, without penetrating to the deeper level of conviction. But when the gospel grips us down in our convictions, we embrace its implications wholeheartedly. Therefore, when we mistreat one another, our problem is not a lack of surface niceness, but a lack of gospel depth. What we need is not only better manners but, far more, true faith. 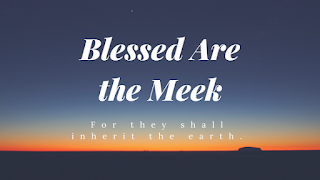 Then the watching world might start feeling that Jesus himself has come to town: “A new commandment I give to you, that you love one another: just as I have loved you, you also are to love one another. By this all people will know that you are my disciples, if you have love for one another” (John 13:34-35).”

We can often forget that the world doesn’t simply examine what Christians do outside the church, but how they treat each other inside the church. Both convey a message to them regarding the Jesus we follow. In the early days of the church, Tertullian (155-220 A.D.) records for us that even the enemies of Christianity would say, “See how they love each other.” If we took a poll today, I wonder if unbelievers would still say the same? 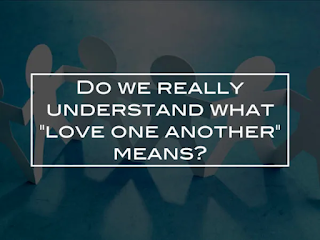 Likewise, Justin Martyr (100-165 A.D.) described the early church this way: “We who used to value the acquisition of wealth and possessions more than anything else now bring what we have into a common fund and share it with anyone who needs it. We used to hate and destroy one another and refused to associate with people of another race or country. Now, because of Christ, we live together with such people and pray for our enemies.” In a day when we can see a lot of anger (and even hatred) of our moral or political enemies being vented by Christians on social media, it makes one wonder if we realize that Jesus’ still calls us to the same radical other-worldly love and to earnest prayer for our enemies, whom He calls us to bless and not curse (Matthew 5:44; Romans 12:9-21). 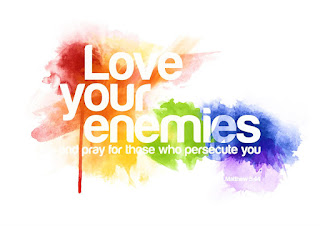 When one considers the relatively short time it took for the Christian faith to spread throughout the Roman Empire (by its pre-300 A.D. attractiveness and appeal, and not its post-325 A.D. use of power and political maneuvering) maybe it’s time for us to reconsider how they lived out the faith. Because in a short time they were able to win over, by their love and generosity and meekness, a culture that was more immoral than our own.

Looking to Jesus the Author and Perfecter of our Faith, Pastor Jeff