I'm in no way a relationship guru, as anyone who knows me knows very well! Never have been, never will be! In fact, I tend to have an aversion to such books. Yet, after picking up a copy of a book entitled -- "God Never Blinks" by Regina Brett (at a bargain basement), I found this selection on 'relationships' very intriguing. That was especially true after I read this part of her introduction: "It took me 40 years to find and hold on to happiness. I always felt that the moment I was born, God must have blinked. He missed the occasion and never knew I had arrived... I ended up confused by the nuns at age 6, a lost soul who drank too much at 16, an unwed mother at 21, a college graduate at 30, a single mother for 18 years, and finally, a wife at 40, married to a man who treated me like a queen. Then I got cancer at 41. It took a year to fight it, then a year to recover from the fight. When I turned 45, I lay in bed reflecting on all life had taught me. My soul sprang a leak and my ideas flowed out. My pen simply caught them and set the words on paper..." 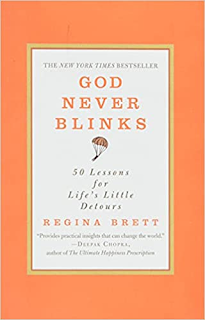 This selection has to do with what experience taught her in relation to looking for the "right" man -- and failing many times. I'm not sure of exactly where she stands spiritually, but what she shares here is simply wisdom gleaned from experience which could be of help to most anyone. So, whether you are in the phase of looking yourself, or know someone who is looking for "Mr. or Ms. Right" and could benefit from what she shares (or whether you're just curious to see what she says!), her advice is worth considering. If she is not a believer, she has definitely been exposed to some degree of Christian instruction. Enjoy.

"In my twenties and thirties, I went through men like bread crumbs through a goose. The truth is, I kept dating the same man, he just came with different names. I never realized until one relationship landed me in therapy. The young, handsome guy who hit on me at work seemed thrilled to be dating me. He gushed over me for about three months. Just when I was ready to let down my guard, he told me he couldn’t go out with me that weekend because his fiancée was coming to town. His what?! 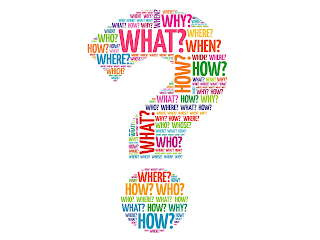 Yep. He was engaged. I was, once again, someone’s secret side dish. I was furious. I had done my homework. The guy wasn’t gay, married, or addicted to anything. So how was it, once again, I found myself dating a man who wasn’t free? Story of my life. Why did I keep repeating the story? The night I told him to get lost, I cried and prayed and yelled to the universe, “Why do you keep attracting me to men who aren’t available?” The universe answered, “Because you’re afraid of ones who are.”

(After some counseling, where she discovered why she feared men who would commit to her, she created this list of dating tips).

Stay away from men who aren’t available. This includes gay men, priests, geographically undesirable men, married men, men who are engaged to someone else, men who are afraid to tell others that they are dating you because it’ll scare away other potential dates. 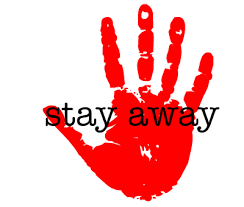 Keep no secrets. I have a dear friend whose husband cheated on her for years. It wasn’t fair, it was a lifestyle. Meanwhile, they were going through couples therapy, “working on the relationship.” He pretended to participate in countless sessions, never letting on about the other woman until the day he got caught and the marriage ended. Another friend kept bouncing back to a man who is married thinking he’d leave and marry her. I kept telling her, “If you marry a man who cheats on his wife, you marry a man who cheats on his wife.” Same goes for men. If your girlfriend won’t tell her sister, mother, friends, or her ex, that she’s dating you, move on. Don’t be someone else’s stash or side dish. If she can’t be honest and open about dating you, dump her. Do you want an affair or relationship? 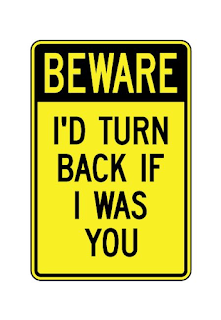 Beware of addictions. If someone is hooked on drinking, gambling, pot, crack, lottery tickets, sex, work, et cetera, that person is not available. Beware of your own inner need to find and fix a broken soul. If you keep going for the fixer-upper, ask yourself why? If you think you can save him or her, think again. The first step in every 12-step program is to admit you are powerless.

Be the real deal. The 100 percent. One man I dated told me he liked everything about me except he thought I was too spiritual. Is there such a thing? What did he expect me to do, believe more in him and less in God? The thing I value most in me he found hard to tolerate. I don’t want someone who tolerates me. I want someone who celebrates me.

Tell the world what you want in a partner. Tell yourself first. Write it down. Get the shallow stuff out – the height, the weight, the income – release it, and let it go. Then sit in the quiet of your soul, go down to the core, and ask: What do I really want? Then make the list. At the bottom write: This or something better. Then tuck it away in a box and let it go. 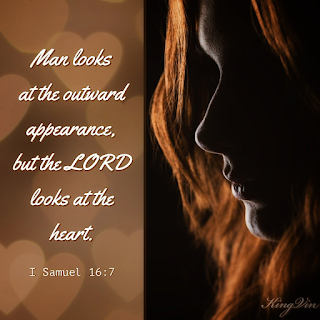 Ignore the wrapper. The wrapping paper on a gift usually gives no indication of what’s inside. Sometimes the wrap is better than what it contains. Some of the best gifts come without a wrapper. Don’t ignore the short bald guy or the chubby teddy-bear types. Before you write them off with a four-letter curse “nice,” think long and hard about what you truly want. Don’t overlook the softy with a tender heart for a tough guy with six-pack abs. The tender heart will outlive the washboard tummy. Ask any married women over 40.

Create a greater you. Create and live a life that is so good, it doesn’t matter if anyone comes along. Say ‘yes’ to every opportunity to make new friends, meet new people, try new adventures. Get busy living the life of your dreams, instead of looking for the man or woman of your dreams. It’s like the proverbial butterfly: once you stop chasing it, it will gently land on your shoulder. Instead of looking for the right partner, become the right man or woman… for you. Be your best, deepest, truest self. Make yourself attractive to you. 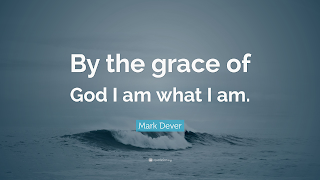 There is somebody for everybody. If you’re busy trying to turn yourself into someone else, Mr. Right might not be interested, because he’s looking for a woman like the one you just abandoned.

As with most books, we must sift the content, discard what we must, and hold onto the helpful nuggets. And there are a few here. Many other chapters of her book also have good insights -- "You Don't Have to Win Every Argument. Agree to Disagree," "Don't Take Yourself Too Seriously. No One Else Does," and "Life is Too Short to Waste Time Hating Anyone."

With prayers for the New Year, Pastor Jeff