I have had two good friends (one who left us years ago to be with Jesus) who said the same thing to me, in two different ways, ten years apart! Back in the late 1980's when Jimmy Swaggert and James Bakker fell into sin in a very public way, an elderly minister told me (and a group of other younger pastors with me) that a good reality check for ourselves when such things happen is to say to ourselves in honest confession: "There, but by the grace of God, go I." He was right. 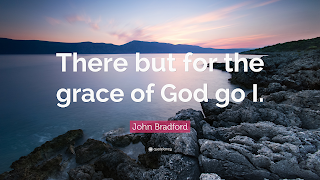 In the late 1990's another friend shared a memorable "take-away" he'd learned from a training class for church volunteers he'd attended. One of the pastors leading the class told them all (and I can't remember every word exactly, but the summary went like this!): Be aware and guard your heart against temptation. Because given the right mix of circumstances, trials, pain, stress, betrayal, and failure, or even more so, the unbroken intoxicating flow of success, adulation, and constant praise from others, there is no sin that we are not capable of. If you don't think so, you don't know yourself or the power of sin and temptation. Again, I have to say he was right. 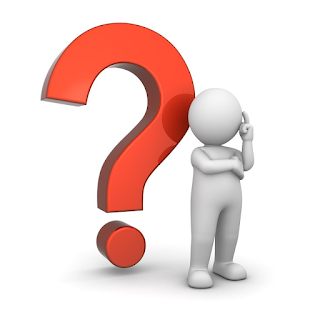 Today's "thought" is an example of this very thing. I am not sure where I found it. The date I scribbled on the top of it is 2003. It was written by a Christian lady, but she confessed to using a false name. That's understandable, since her goal was to be as transparent as possible so as to help others, and the Church (as another well-known author sadly pointed out from personal experience after going through a divorce): "Is the only army that shoots its wounded." I share this with you because I believe that what she writes is helpful, true, correctly reflects the power of sin and temptation, and points us to the grace of God as the remedy we so badly need. Enjoy.

Coping With Temptation
When I heard the rumors about an apparent affair between two people I knew, I was horrified. I had no patience with people who found themselves in immoral situations. I felt there was no way something like this could happen if you were where you should be, doing what you should be doing. Somehow, I felt I was “above that sort of thing.” My life centered – happily - around my husband, children, home, and job. 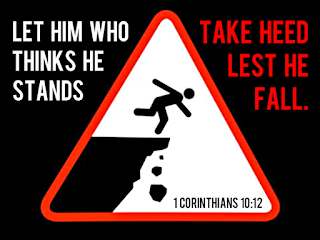 Then a new family moved into our neighborhood. They were our kind of people. They fit right into our community and church. But over the months it became clear that the husband and I shared more of the same interests than the other family members did. Still, we were merely good neighbors, good friends. Then something changed. It was nothing tangible, but a light in his eyes seemed to reflect the growing interest and excitement I too felt. I knew that our mutual attraction could easily go one step further… then another. And the terrible truth was that I was tempted to go along with it. 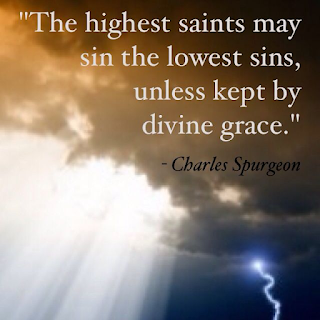 I plunged from the heights of romantic imaginings to the depths of self-condemnation. What was happening? I was a Sunday-school teacher, church leader, devoted wife, and mother. Why couldn’t I simply banish these thoughts from my mind? But in actual practice it was not easy. Temptation worked like an undertow, and the harder I fought it, the more fiercely it pulled: What was so wrong about what was happening? I rationalized. Who would be hurt? Could this man and I help it if we were “meant for each other”? And didn’t other people flirt and fib and cheat all the time – on television, in the news, even in our neighborhood? 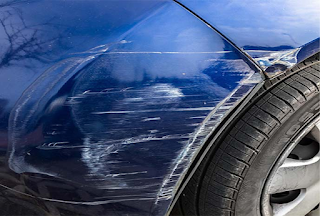 With each swell of thoughts, I felt myself being swept farther and farther away from God. It seemed to me I had no right to ask His help in dealing with such shameful matters. Then, one day as my mind circled in confusion, my teenage daughter sat down beside me. The night before she had dented the family car – and even though my husband and I had reassured her that accidents do happen, something else was troubling her. “Mommy, help me,” she said as she burst into tears. Instead of taking the car to do errands, as we’d thought, a friend had talked her into driving to a boyfriend’s home. On the way, feeling uneasy and rushed, she had run off the road. The visit at the boyfriend’s was perfectly innocent, but she felt guilty about having lied to us. She was not where she should have been, doing what she should have been doing. 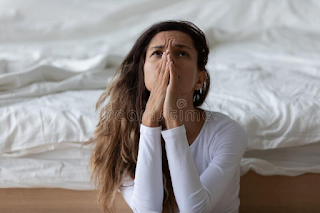 I was touched that my daughter needed me and wanted to tell me the truth. As I put my arms around her, I could almost feel God’s arms slip around me. Just as I loved my erring daughter, so He still loved me. My daughter knew she could not handle her problem alone. She had faith in my ability and trusted in my love to help her. In the days that followed I kept her example in mind.

1. I acknowledged my inadequacies. Like it or not, I did have thoughts that enticed me to do things I knew were wrong. And my human strengths, which I’d once thought were considerable, weren’t enough to dispel these urgings. Neither was any strict moral standard about ‘right’ or ‘wrong.’ I had to face squarely what was happening – and ask for help beyond myself. 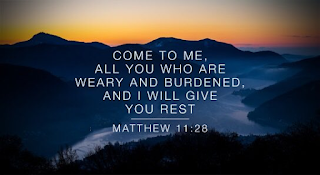 2. I accepted God’s unbounded love. As shameful as our thoughts seem – when we’re tempted to lie, or cheat, or be unfaithful – they can never separate us from God’s love. “I have come to seek and to save that which was lost,” Christ said. God cares for me, shortcomings and all. And He would help me just as I would help my child.

3. I embraced and released each longing. Increasingly, I knew I could face these desires as being part of me, and put them behind me. Instead of sinking under accumulated guilt, I began each time “at the beginning.” And when I failed, I asked God’s forgiveness and began again. Gradually my inner strength grew; and temptation, instead of gnawing, tickled briefly… and drifted off. It worked. My thoughts of unfaithfulness slipped away, and the excitement they had generated was redirected toward my husband and our marriage. Today, I am less arrogant and more patient about others’ failings. For I know temptation can attack or sneak up to undermine anyone. Temptation never ceases. But God’s caring and strength go on."

If you (like her) are in a place of struggle with temptation, and it's getting stronger every day, DO NOT make the mistake of trying to fight it on your own. You will lose. God beckons us to come to Him with our struggles, seek His grace and help to be the strength we rely on in our times of great need, and not try to hide our struggles or failures from Him (because of guilt and shame) -- as if we could! He gives us grace to help us in our times of need, and some of our most "needy" times are during our times of feeling powerless and totally overwhelmed in the face of temptation and sin. Remember, as the old hymn states, "What a Friend we have in Jesus, all our sins and griefs to bear... Have we trials and temptations? Is there trouble anywhere? We should never be discouraged, take it to the Lord in prayer."

In the Grip of His Grace, Pastor Jeff