Given all the events of the last year, the conflict in relation to the election, and much of the turmoil that has so many people concerned, worried, or even afraid, I did want to take the opportunity to send out a “thought” which is taken from two authors I referenced in my recent sermon on “God’s Absolute Sovereignty Over All – Including Satan,” which was from John 13:1-30, and brought in elements of Luke 22:22 and Luke 22:31 as well. If you have no interest in this topic, these two excerpts will seem too long. If you do have an interest in this subject, you will wish I quoted more! 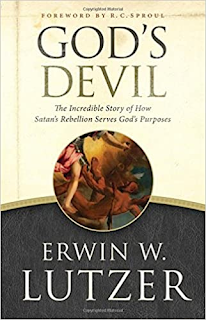 The first author is A.W. Pink from his classic work, “The Sovereignty of God” (written in 1928). And the second is taken from Erwin Lutzer’s book, “God’s Devil – The Incredible Story of How Satan’s Rebellion Serves God’s Purposes.” (Lutzer was the pastor of Moody Church in Chicago from 1980-2016.) I encourage you to consider their words, let them (if needed) alter your understanding of God, and then receive from them the inner peace and rest they should bring - when believed. Enjoy. 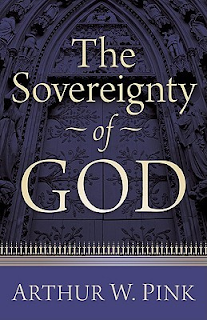 Who is regulating the affairs on this earth today – God, or the Devil?

“What say the Scriptures? If we believe their plain and positive declarations, no room is left for uncertainty. They affirm, again and again, that God is on the throne of the universe that the sceptre is in His hands and that He is directing all things ‘after the counsel of His own will.’ They affirm, not only that God created all things, but also that God is ruling and reigning over the work of His hands. They affirm that God is “the Almighty” that His will is irreversible that He is absolute sovereign in every realm of all His dominions. And surely it must be so. Only two alternatives are possible: God must either rule or be ruled; sway or be swayed, accomplish His own will or be thwarted by His creatures. Accepting the fact that He is ‘the Most High’ the only Potentate and King of kings, vested with perfect wisdom and unlimited power the conclusion is irresistible that God must be God in fact, as well as in name… 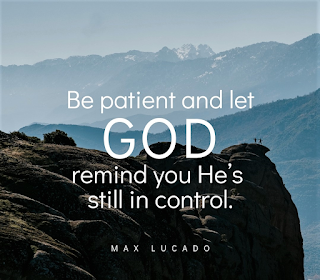 Present-day conditions call loudly for a new examination and new presentation of God’s omnipotency, sufficiency and sovereignty. From every pulpit in the land, it needs to be thundered forth that God still lives, that God still observes, that God still reigns… What is needed now as never before is a full, positive, constructive setting forth of the Godhead of God… Everywhere men are alarmed. But God is not! He is never taken by surprise. It is no unexpected emergency which now confronts Him, for He is the One who, ‘worketh all things after the counsel of His own will’ (Eph. 1:11). 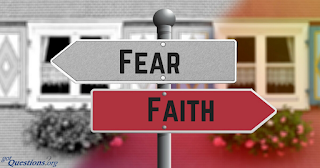 Therefore, though the world be panic-stricken, the word to the believer is ‘fear not.’ ‘All things’ are subject to His immediate control. All things are moving in accordance with His eternal purpose. And therefore ‘all things are working together for the good of those who love God and are the called according to His purpose.’ It must be so, for, ‘of Him and through Him and to Him are all things’ (Rom. 11:36). Yet how little this is realized today, even among the people of God…”

The Serpent, God’s Servant
"How much power do you think Satan has? We might think that we can’t give a precise answer to that question because we don’t know exactly what our enemy can and cannot do. After all, we are talking about a being we have never seen and whose powers are in realms beyond us. And yet, looked at another way, the question can be answered accurately: The devil has exactly as much power as God lets him have, and not one mite more! 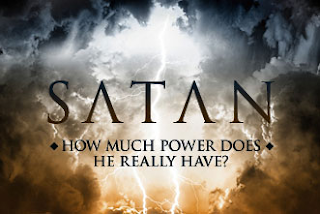 Sometimes I think the devil enjoys much of the renewed attention he has received in the last twenty years! Go into any bookstore, whether Christian or secular, and you will find shelves of books about him. Mind you, I think that biblical teaching about the devil is necessary; after all, the Scriptures have much to say about him. My point is simply that in much of the literature his ability to wield power is grossly overestimated. Of course, many of us can remember when the church fell into the opposite error. Satan was not taken seriously. He was known to be our foe, but most Christians believed they had never been directly affected by him. You could scarcely find a counselor who would conclude that a personal problem was actually rooted in a “demonic stronghold.” Even clear instances of demon possession were diagnosed under a different label.

Some teachers, having finally understood that we all are affected by Satan or one of his emissaries, have made demonic exorcism to be the primary means of breaking stubborn habits or dealing with a painful past. At best, Satan is found to be the cause of virtually every problem; at worst, he has been thought to be a well-nigh all-powerful. Rather than inspiring faith, such counseling has led to helpless pessimism. Oh, yes, God will win in the end, but in this world, we are told, Satan has free reign to do whatever he wishes. Though most agree that at the end of the day God will win, some people live and talk as if it will be a close finish. Well, it won’t be!

I shall say it one more time: The devil is just as much God’s servant in his rebellion as he was God’s servant in the days of his sweet obedience. Even today, he cannot act without God’s express permission; he can neither tempt, coerce, demonize, nor make so much as a single plan without the consent and approval of God. We can’t quote Luther too often: The devil is God’s devil! 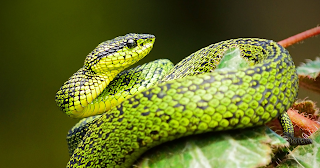 He is not the devil you might have heard about.

Satan has different roles to play, depending on God’s counsel and purposes. He is pressed into service to do God’s will in the world; he must do the bidding of the Almighty. We must bear in mind that he does have frightful powers, but knowing that those can only be exercised under God’s direction and pleasure gives us hope. Satan is simply not free to wreak havoc on the people at will. Yes, if God had so chosen, He could have banished the fallen servant to another planet or sent him directly to the lake of fire. Either of those plans or any other that God would choose would be right and just. But God kept Satan in this world for one reason: Satan had to play his part in the drama on planet Earth, and he will play it according to God’s rules and not his own.

Why is it important that we know this? That God might be rightly honored as King of kings, as God, the ruler of heaven and earth. God created Lucifer before he became the devil. It was God who cursed the Serpent. It was God who predicted his ultimate defeat and humiliation. It was God who allowed the devil to fight against Christ. And it will be God who will supervise the conflict to the very end. God has not abandoned His responsibility of being in charge of all of His creation, even that part that has foolishly chosen to stand against Him.

We must also be reminded of Satan’s limitations that we might fight against him in faith. The more secure we are in the knowledge that the devil is not autonomous (that is, capable of acting independently), the more faith will arise in our hearts so that we can defeat him. He is not the devil you might have heard about in the latest TV talk show or read about in the latest book.” 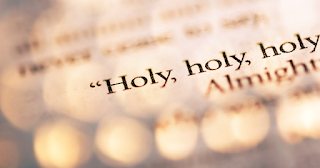 Living Under His All-Sufficient and Almighty Care, Pastor Jeff