Over all the years I've been sending out these "thoughts," I have rarely (maybe one other time?) shared one from me as opposed to others. Today is one of the few other times I will do that. It is part of a sermon I preached two weeks ago, but after considering the length of the message, I took it out to shorten it a bit. (Yes, we pastors do sometimes try to be sensitive to that!) Yet, I thought I would like to pass it along to you now for your encouragement. 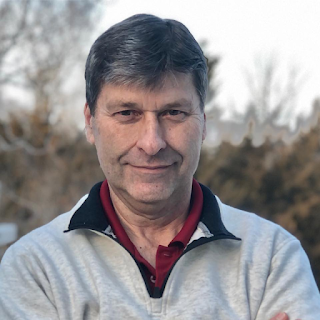 I know it's content will not fit with the theological framework of some, but I send it out anyway -- not to be controversial, but to edify. Not to discourage, but to encourage any who may struggle with that sense of abandonment by God which most all of us have probably all dealt with to some degree on certain occasions (and if not, then someone we know). One or two of you receiving this thought, may be included in the group who shared that struggle with me in the past. If so, I pass this along for you to consider, hopefully to help strengthen and gladden your hearts, and the hearts of any who may be passing through one of those dark nights of the soul right now. 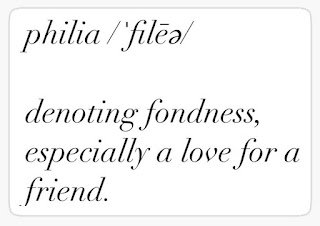 It led me to point out (to those who sometimes feel otherwise) that, “If you are a believer, the Father doesn’t just love you (in the sense that He sticks with you, because He has to, because He’s promised to!) but that He actually likes you, rejoices in you, or takes joy in you.”

That led me to think of all the people I’ve spoken to in the past who struggled with the feeling (at certain difficult times in their lives) that God had forgotten or abandoned them. That brought another thought to mind: The importance of remembering the truth of Ephesians 1:4-5. In Eph. 1:4 we read, “He chose us in [Christ] before the foundation of the world, that we should be holy and blameless in Him.” Then, speaking of that same ‘before God ever created anything timeframe,’ Paul adds in v. 5: “In love (this time using ἀγάπη) He predestined us for adoption as children, through Jesus Christ, according to His good pleasure, to the praise of His glorious grace. 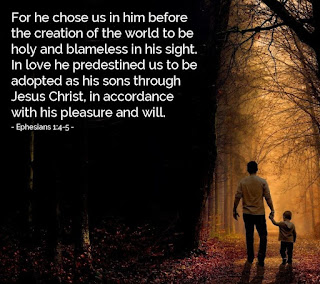 In reference to the thought that God could ever “forget” us, think of what those two verses tell us. Looking back over a period of time that extends from before God ever created anything, to this present day, we see that God fixed His gaze on those He chose, and predestined in love, to be adopted as His loved children in Christ Jesus. Throughout all those ages – which included the time before creation, the time of creation, and all the countless events that took place from then until now – He remembered us! On the basis of that decree, made in love so many ages ago, He brought us by His grace to be the present-day recipients of His salvation! 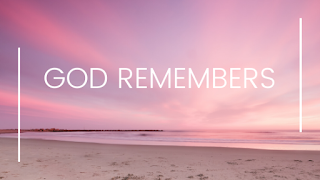 Think of it: Through that entire time, and despite all that transpired from before creation until now, He never forgot us, and never took His gaze off us! He remembered to be kind to us, and save us, and fulfilled His pledge to show us grace – despite all the countless events and upheavals and natural disasters and wars and “distractions’ of history! How, then, could we ever think that He would forget us now? After remembering us throughout all time, how could we think that He would somehow forget us during our short, 60, 70, or 80-year vapor-like lifetime which is like a mist that appears in the morning and disappears by noon?

If God didn’t forget us after all the eons of time from before the creation to the day we received His saving grace, how could we ever think He would lose sight of us in this short life we now live? The answer is: It has never happened, nor will it ever happen, because it can’t happen! God has promised “never to leave us, never to forsake us” (Heb. 13:5) and He will NOT break His promise. 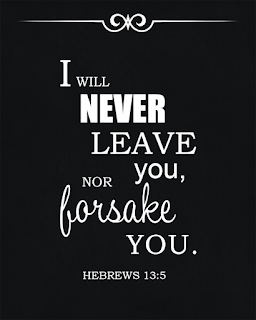 Surely we all struggle at times with a sense of closeness and distance in our relationship with God. Numerous books have been written on the topic. Elijah and others in Scripture wrestled with this, and the psalmists have left us an array of psalms that speak of it. My purpose was simply to offer you a little salve for your soul if you happen to be there right now. Ponder it. I believe it will lay to rest many fears and concerns.