Today's selection is simple but helpful. For his point is well-taken: many professing Christians who say they "believe" (that is, who give mental assent to a certain fact, or set of facts), really do lack the "faith" that should move them to act upon what they claim to believe!

Most of us (if totally truthful and honest) would admit we've fallen prey to this sad inconsistency at one time or another. In fact, if we were completely honest, we would probably admit that the disconnect between believing and following-through likely stems from how costly (in terms of money, time, emotional investment, or personal sacrifice) the corresponding act of obedience called for by our belief might be! 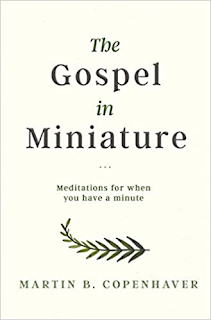 Yet, all that being said, the following devotion, taken from "The Gospel In Miniature" by Martin Copenhaver, is helpful in pointing out a distinction many people fail to make: That there is a necessary correlation between belief, and/or faith, and an attending action that should follow if one truly believes. As R. C. Sproul was fond of saying, "We are saved by grace alone, through faith alone, but not by a faith that remains alone." Faith is like a seed which when planted in the soil of the heart produces the fruit of works, deeds and actions. Enjoy.

Belief and Faith Are Different
The Lord is my strength and my Shield: in Him my heart trusts.
– from Psalm 28

People sometimes use the words belief and faith as if they were synonyms. They do have much in common, but they are different as well. 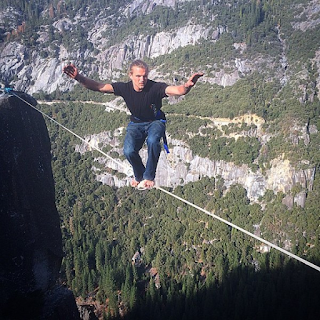 Imagine that you are at a circus. A skilled high-wire artist has accomplished many marvelous feats that inspire awe in the audience. Then the ringmaster addresses the crowd: “Ladies and gentlemen, if you believe that this daring man can ride safely over the high wire on his bicycle while carrying someone on his shoulders, please raise your hand.” Seeing an almost unanimous vote of confidence, the ringmaster says, “Very well, then. Now, who would like to be the first to volunteer to sit on his shoulders?” 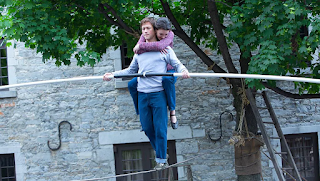 The difference between belief and faith is the difference between raising your hand, and getting on the high-wire artist’s shoulders. Faith is not passive or merely intellectual. To believe in God, all you need to say is, “This is true.” But to have faith in God, you must go on to say, “Yes, I will.”

Belief, in itself, is not enough. We may believe that God has “the whole world in his hands,” but faith is the act of trust by which we put ourselves into God’s hands. The real synonym for faith is trust. You can sit back and believe, but faith requires you to get out of your seat. Faith is the active expression of trust. 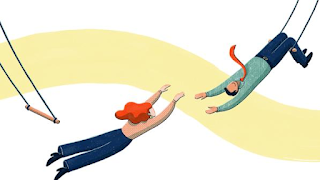 Prayer: O God, whatever I might believe or not believe about you, help me to entrust myself to your care at every turn and in every hour this day. Amen."

Though it is true there are slight nuances of difference in meaning between belief, faith, and trust, one thing is for sure -- the corresponding fruit of actions should flow forth from those who possess any one of them! The one place I would differ slightly from the author, is where he says, "To believe in God, all you need to say is, "This is true." Because belief (in the biblical sense) is more than mere intellectual affirmation of a truth. When the Philippian jailor, "believed in the Lord Jesus Christ," he then submitted to being baptized and proceeded (with his family) to follow Jesus. "Belief" led to doing, and not simply affirming the Lordship of Jesus. 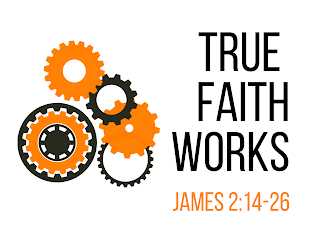 If that isn't stressed, it can eventually lead to what is called "easy believism" or "decisionism" instead of discipleship. James saw the need to address this misunderstanding in the churches where he stressed that, "faith without works is dead" (James 2:14-19). If faith, or belief, or trust, are real and living, there will be some degree of fruit to evidence them. For as I have often said in every church I've pastored (because this issue always comes up!): "What we believe affects the way we think, and what we think affects the way we act, showing by our actions what we believe." It's the way faith works! 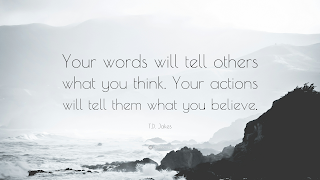 In the Bonds of Christian Fellowship, Pastor Jeff