This "thought" will likely seem more relevant to those who are past the child-rearing stage -- though it can surely offer hope to those who are in the midst of it! It was the March 1st reading from my 2018 edition of the Daily Guideposts devotional which I quoted from a few weeks back. The author of this particular entry is Rick Hamlin. It struck me as an entry that offers hope to the burdened conscience, and for that reason I pass it along to any parents who may need the encouragement it offers. Enjoy.

"You will hurl all our sins into the depths of the sea."
Micah 7:19

"It's interesting what we can remember and what we regret. When I think about the kind of dad I was when my kids were younger, I hate to recall the times when the two of them tested my patience. Two boys, three years apart, roughhousing indoors, the playful tussling that turned into wrestling matches threatening to destroy furniture and send antique pottery falling from living room shelves, smashing on the floor. 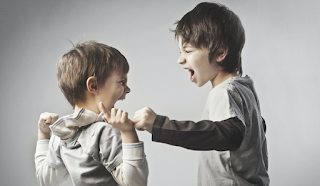 I can hear myself say between gritted teeth, "That's enough, boys," and then raising my voice to ear-splitting volume when my seemingly mild-mannered request was totally ignored. "If you don't stop right now," I would holler, "you're both going to be sorry. Somebody's going to get hurt." My demand for a time-out was a request for myself. I needed a time-out. All that shouting... I hated to think what the neighbors made of it. What kind of dad was I? 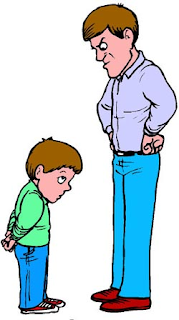 Not long ago I said to our now twenty-something and ever-patient son Timothy, "You boys would make me so angry when you were younger. Oh, how I would yell at you." Tim looked at me quizzically. "You never yelled at us, Dad." I smiled at this bit of grace being delivered firsthand. "Just so you know, I DID raise my voice really loud. But I'm glad you have forgotten it." It was as though I was being given forgiveness without even asking for it. 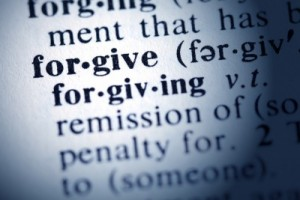 Note to self: God can do some amazing, ex post facto rewriting of the most cringe-worthy scenes of our lives, at least as they are remembered by our loved ones. Thank you Lord, for being a God who forgives and forgets... and helps us [and others] to do the same."

In a conversation not long ago, with someone dealing with regrets from the past (which I didn't happen to think were quite as bad as they did) I said: "It's hard to have high standards and a sensitive conscience." It's true. High standards, a good memory, and a sensitive conscience, can be a recipe for regrets that are hard to shake. That mix has left many people living with long-term regrets and struggling inwardly for years with a sense of failure which they feel cannot be redeemed. Because as we all know, it's impossible to wind back the hands of time and change those things we regretted the second we did them. 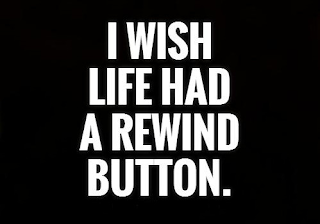 I had a similar "Dad moment" a few months back, and after citing an occasion where I had done something similar to what he describes above, and asking forgiveness, I was told: "I really don't remember that." "Not at all?" I asked. "Nope." Funny how as parents we can think that something we did "scarred our kids for life" and yet when we bring it up to them years later to apologize, they don't even remember it! It really is a reason to thank God for such a kindness. 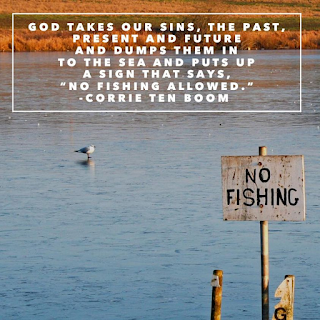 Maybe it's part of what the psalmist means when he says of sins we confess and ask forgiveness for, "As far as the east is from the west, so far has he removed our transgressions from us" (Psalm 103:12). Or to use the words of the prophet Micah above, "You will hurl all our sins into the depths of the sea." Of such promises Corrie Ten Boom once insightfully said: "God buries our sins in the depths of the sea, and then He puts up a sign that says, 'No Fishing!' "