I like stories. True stories. And not always stories that have a happy ending. In fact, I have gained much solace from stories that were very sad (like this one), but were helpful because they were about real people, struggling with raw emotions, and real issues, in an imperfect and fallen world where our ultimate hope must rest elsewhere. 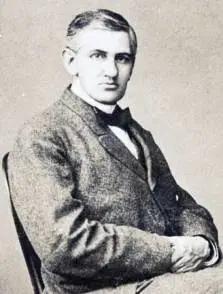 This morning I read a story I've read before. It's one I have even shared from the pulpit before. And I know that many of you (like me) have already heard as well. But then I thought, "Maybe some do not know it." And if you happen to be one, you need to read on! I pass this story along for you. For those who have not heard the story behind the writing of the hymn, "It Is Well With My Soul" by Horatio Spafford. Because once you know the story behind it, it's hard to ever sing it again in the same way. And even if you already know it, it is always helpful to pause and think once again about all the events that led up to the penning of such faith-filled words and the events behind a song that has brought so much comfort to so many grieving souls. It truly is inspiring. Enjoy.

Faith's Song in the Night
Some of the greatest of our Christian hymns have been written out of hearts experiencing the deepest sorrow. A striking example is the well-known and widely loved, "It is Well with My Soul." ('What a Friend We Have in Jesus,' is another). Inner peace through an implicit trust in the love of God is the real evidence of a mature Christian faith. Only with this kind of confidence in his heavenly Father could Horatio Spafford experience such heart-rending tragedies as he did and yet be able to say, "It is well with my soul."

Spafford had known peaceful and happy days as a successful attorney in Chicago. He was the father of five children, an active member of a Presbyteian church, and a loyal friend and supporter of D. L. Moody and other evangelical leaders of his day. Without warning, however, a series of unexpected events occured. First, there was the sudden death of the Spaffords' only son. Then a short time later the great Chicago fire of 1871 wiped out the family's extensive real estate investments. So, when Mr. Moody and his music associate Ira Sankey left for Great Britain for an evangelictic campaign, Spafford decided to take his family to Europe to lift their spirits and also assist in the meetings. 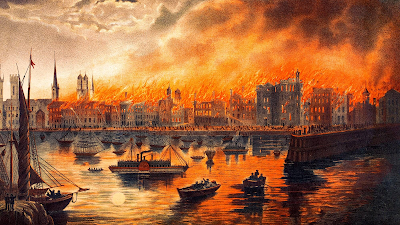 In November, 1873, Spafford was detained by urgent business, but he sent his wife and four daughters as scheduled on the S.S. Ville du Harve, planning to join them soon. Halfway across the Atlantic, their ship was struck by a British iron sailing boat, 'Lockhern.' The Ville du Harve sank in just 12 minutes, settling on the bottom of the Atlantic ocean. All four of the Spafford daughters -- Tanetta, Magie, Annie and Bessie -- were among the 226 who drowned. Mrs. Spafford was among the few who were miraculously saved. Nine days later she cabled her husband from Cardiff, Wales, with just two words: 'Saved alone.'

As soon as he could, Horatio Spafford booked passage on another ship to rejoin his sorrowing wife in Cardiff, Wales. According to Ernest Emurian, Spafford was told by the captain of the ship when they were over the waters where the Ville du Harve had gone down. When the ship passed the approximate place where his precious daughters had drowned. Unable to sleep that night, but sustained in his sorrow by his great faith, he composed what would later become the popular hymn. 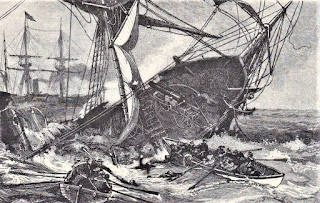 When peace like a river attendeth my way
When sorrows like sea billows roll
Whatever my lot, Thou hast taught me to say
It is well, it is well, with my soul.

Though Satan should buffet, though trials should come
Let this blest assurance control,
That Christ has regarded my helpless estate,
And has shed His own blood for my soul. 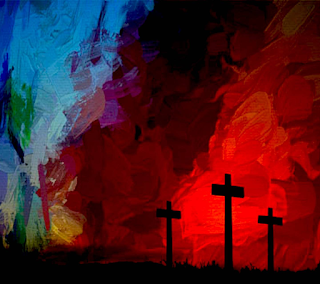 My sin, oh the bliss of this glorious thought,
My sin, not in part, but the whole,
Is nailed to the cross, and I bear it no more,
Praise the Lord, praise the Lord, O my soul!

And Lord, haste the day when my faith shall be sight,
The clouds be rolled back as a scroll,
The trump shall resound, and the Lord shall descend
Even so, it is well with my soul!" 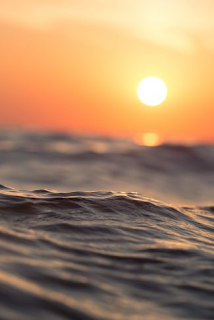 Next time you sing the hymn, put yourself in his shoes. Imagine the struggle of a heart broken by such grief and yet able to look beyond it (even while still in the deepest depths of it) because he was sustained by the hope of his faith in Christ.


May you never sing it the same again, Pastor Jeff