We just passed the one year mark of the Covid lockdown and restrictions. It's been a trying year in many different ways, and therefore there are very few (none I know) who do not want to put all this stuff behind us -- and see it all gone yesterday! All of us are looking for that "finish line" people keep predicting, hoping it is very close by. The day when we will finally be freed to go back to life as normal (whatever that will look like). 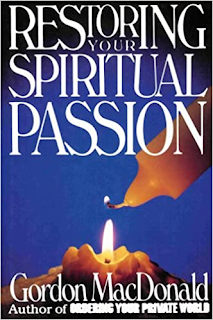 But for now, anyway, we still have to press on and walk through what can be called: Covid-fatigue. Restriction-fatigue. Mask-fatigue. Distancing-fatigue. Hug-Hesitation Fatigue. Travel Ban-fatigue. And many others! In our instant society, patience is not a primary American virtue, so it's not surprising that many are experiencing some degree of burn-out. A condition which evidences itself in irritability, sensitivity, negativity, frustration, lack of motivation, lack of passion, and for Christians a spiritual dryness. That's why I chose to send this "thought" along today, from Gordon MacDonald's book, "Restoring Your Spiritual Passion." It comes from chapter 4, which is entitled, "Running on Empty." It was written long before Covid came along, yet some of his insights could easily be applied to helping us as we make our way through our present situation. Enjoy. 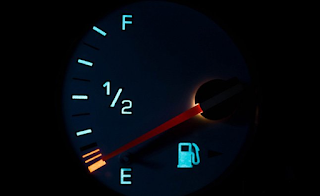 Running on Empty
I have a childhood memory of my father habitually (or so it seemed to me) driving his car with the gas tank gauge always signaling "EMPTY." Was it a subconscious game he played, a sort of gambling process that he secretly enjoyed? "Dad, you're running on empty," we would say. "I know," he would respond, "but when the needle gets to that point there's always a gallon or two left in the tank." Perhaps my father was simply out of gas money and didn't want to admit it. I never found out. I just remember that there were too many worrisome journeys through places like the Holland Tunnel (in New York City at rush hour) with the gas gauge silently screaming 'the tank is dried out!' He never seemed perturbed by this. 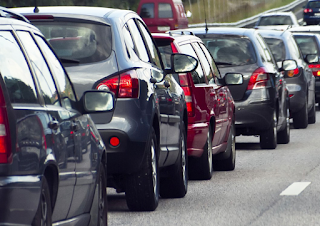 Spiritually speaking, many followers of Christ run on empty most of the time and then wonder why there seems to be no natural energy or passion to engage in spiritual life or work. That highlights another condition of life in which spiritual passion is likely to be missing. The dried-out condition... The one who is dried out has reached that state by not taking anything into the inner chambers of life for quite some time... The unfilled spiritual tank is an invitation to disaster, and many of us have known that awful moment when, like a car out of gas, we seem to cough and sputter and pull over to the shoulder, out of service, and not able to go any farther. 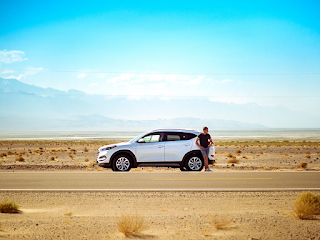 We have all seen the car out of gas in a long tunnel or on a narrow bridge at rush hour. Thousands of people are potentially affected in the clogged-up mess that follows. And it can happen in the spiritual life also. One empty spiritual tank can affect a score of other people. It's happened more than once. Like many others, I am no stranger to the dried-out condition. This condition is often a danger for the multi-gifted person, one who has many differing gifts and capacities and who can appear to go for long periods, as they say, 'winging it.' Those with natural talents, like musicians, are quite vulnerable here. They can mistake the applause of the admiring crowds for God's blessing. Thinking that their ability to raise the emotions of people in an artistic setting is the same as being used in the hand of God, they begin to abandon any sense of need for spiritual passion or energy and move ahead on their own instincts. More often, what 'power' they appear to have is sheer theatrics, not spiritual passion. Often the system seems to work for a long time, and then -- disaster. Other people are good with words, and able to put concepts and stories together with ease. The words form into testimonies, Bible studies, sermons. Again, the crowds response dulls the speakers into thinking that they are God''s servants and that a schedule that leaves no time for the refueling of spiritual energy is justified by the apparent results -- again, disaster. 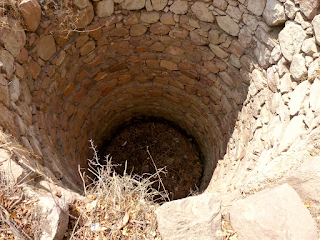 How can one describe the dried-out condition? It is action without heart, speaking without power, doctrine without love. People who are dried out within can often be, for a while, the hardest workers. But they can also become the harshest critics and most negative teammates... W. E. Sangster [whom one friend described as "the bravest saint I ever knew" as you will see in his confessions below] describes the realities in his world when he concludes that he spiritually dried out:

'I am a minister of God, but my private life is a failure in these ways:
a. I am irritable and easily put out.
b. I am impatient with my wife and children.
c. I am deceitful in that I often express private annoyance when a caller is announced and simulate pleasure when I actually greet them.
d. From an examination of my heart, I conclude that most of my study has been crudely ambitious: that I wanted degrees more than knowledge and praise rather than equipment for service.
e. Even in my preaching I fear that I am more often wondering what the people think of me, than what they think about my Lord and His word.
f. I have long felt that something was hindering the effectiveness of my ministry, and I must conclude that the 'something' is my failure in living the truly Christian life...' 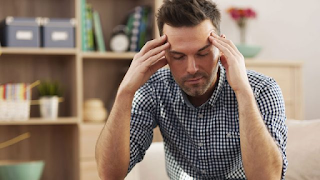 People saw Sangster as they would have seen General Booth (of the Salvation Army) -- as a spiritual giant. But he alone knew when he was operating from a full heart or an empty one... I too have known what it is to be dried out... One Saturday morning (in my late 20's) I sat in our kitchen obviously rattled and withdrawn, and my wife Gail was trying to discern what it was that was bothering me. Suddenly, she asked one too many questions and I broke into weeping. Even now, I remember the next two hours vividly because it seemed as if I would never be able to stop the flow of tears. Gail handled the situation with grace and strength. She permitted me to exhaust myself of tears and then began to quietly quiz me about the events that had led up to the strange experience. 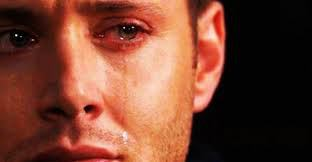 For the previous two weeks I had minimized my sleep because of busyness; thus I was physically exhausted. I had allowed my schedule to become so packed that I had ignored times of personal worship; thus I was spiritually empty. In what seemed to be a remarkable coincidence, I had presided at two funerals of indigent men who had died on the city streets.... The two experiences had profoundly affected me... On that Saturday morning I was a dried-out man. My resources were nonexistent. Years and accumulated experiences later I would know better than to get backed into such a corner. But I didn't know that then. It was a difficult way to learn a very important lesson about being empty. I cannot help but wonder how many good men and women have utterly failed in a public sense because they began to operate on the treadmill of Christian leadership from a spiritually dehydrated condition." 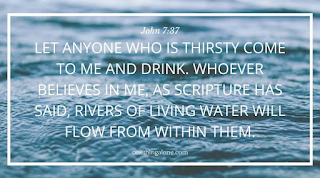 In this season I know many are struggling. It might be from being overly busy, or it may be the stress of so many elements of fatigue. As I said to someone just the other day: "If a person had any underlying issues, 2020 had a way of bringing them out." (And there's a sense in which "2020" hasn't ended yet.) If you find yourself running on empty, then be sure you do some self-care. Worship. Be in the Word. Meditate upon the Gospel and preach it to your own soul. Take time to pray. Go for walks. Get out and get some fresh air and commune with God as you do. Remember: You can't refresh the souls of others if you are drawing from a dry well. And there's only one way, and one Inexhaustible Source, that can refill it.

In the Bonds of Christian Fellowship, Pastor Jeff