This past Sunday I preached on John 14:12. It's the verse where Jesus says, "Anyone who has faith in me will do the things I have been doing. He will do greater things than these because I go to the Father" (that is, to send the Holy Spirit). Thus, in keeping with what I preached on, I wanted to share some thoughts by Richard J. Foster on "The Power of the Holy Spirit - The Marks of Spiritual Power.” 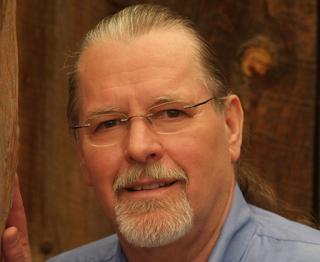 They are taken from a book entitled, "The Contemporaries Meet the Classics on the Holy Spirit." It's a collection of writings from well-known Christians, past and present, compiled by Randall Harris. I wish I could quote the entire article(!), but alas some may feel my posts are already long in an age where we are told attention spans are getting much shorter. Therefore, I will give you the shortened and abridged version. Enjoy. 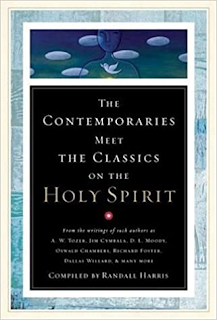 The Marks of Spiritual Power
"The power that creates is spiritual power, and it is in stark contrast to human power. The apostle Paul spoke of the 'flesh,' and by it he meant human-initiated activity without the aid of divine grace. People can do many things in the power of the flesh, but they cannot do the work of the Spirit of God… What, then, are the marks of this power that proceeds from God? 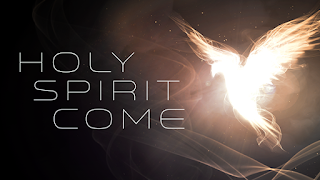 1st) Love. Love demands that power be used for the good of others. Notice Jesus' use of power – the healing of the blind, the sick, the maimed, the dumb, the leper, and many others… Notice in each case the concern for the good of others, the motivation of love... Power for the purpose of advancing reputations or inflating egos is not power motivated by love... Power that is used to advance reputations destroys the user, because with it we aspire to be gods.

2nd) Humility… Nothing is more dangerous than power in the service of arrogance. Power under the discipline of humility is teachable. Apollos was a powerful preacher, but he was also willing to learn from others (Acts 18:24-26). In the course of his ministry, Peter made some serious mistakes, but when confronted with his errors, he had the humility to change (Acts 10:1-35; Gal. 2:10-21)... To really know the power of God is to be keenly aware that we have done nothing more than to receive a gift. Gratitude, not pride, is our only appropriate response… When we truly walk with God, our only desire is to use power in the service of Christ and His kingdom. 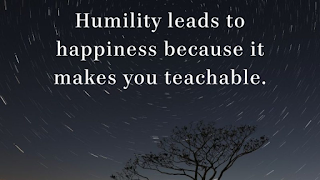 3rd) Self-limitation. The power that creates refrains from doing some things – even good things – out of respect for the individual. Have you ever noticed the number of times Jesus refused to dazzle people by jumping off the pinnacle of the temple (Matt. 4:5). He rejected the temptation to make more 'wonder bread' to validate his ministry (John 6:26). He refused to do many wonderful works in his own hometown because of the unbelief of the people (Luke 4:16-27). He said no to the Pharisees' demand that he give them a sign to prove he was the Messiah (Matt. 12:38). At his arrest he told Peter he could have summoned a whole army of angels to his rescue, but he did not (Matt. 26:53)…

4th) Joy… To see the kingdom of Christ break into the midst of darkness and depression is a wonderful thing. M. Scott Peck writes, 'The experience of spiritual power is basically a joyful one.' When the lame man was healed, he went 'walking and leaping and praising God' (Acts 3:8). That is a good description of our spontaneous reaction to the work of God. I once prayed with a veteran missionary over some deep inner hurts that stemmed from the tragic death of her son. As we prayed there was a very special sense of God's presence, and a very clear release of the powers of guilt and fear. The Presence was so real, the release so definite, that we were both filled with a sense of wonder and awe... Months later she wrote, 'I have such peace, Rich. Beautiful, holy joy lives inside me and just bubbles out. Finally, I know what Jesus meant when he said there would be rivers of living water flowing is us and through us. This is something I have looked for all my life'... 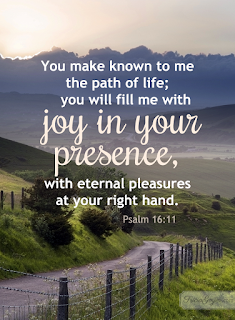 5th) Vulnerability. The power that comes from above is not filled with bravado or bombastic. It lacks the symbols of human authority. Indeed, it's symbols are a manger and a cross. It is power that is not recognized as power. It is a self-chosen position of meekness that to human eyes looks powerless. It is the power of the 'wounded healer' to use the phrase of Henri Nouwen. The power from above leads from weakness. It is in contradiction to the society of the strong and capable. Once, when Paul was struggling with his own vulnerability the word of God came to him, saying, 'My power is made perfect in weakness,' and so he saw that, 'when I am weak I am strong' (II Cor. 12:9-10).... Look at Jesus working patiently with stubborn, rebellious disciples. Look at him as his trial, speaking not a word. Look at him hanging on a wooden cross in total helplessness. These, I submit to you, are acts of spiritual power of the highest order...

6th) Submission. Jesus knew what it meant to submit to the ways of God: 'The Son of Man can do nothing of his own accord, but only what he sees the Father doing; for whatever he does, that the Son does likewise' (John 5:19). As we learn to experience on a personal level this same kind of intimate cooperation with the Father, we will enter more deeply into the meaning of true power.... Through submission we are positioned under the leadership of Christ and under the authority of others... We submit to Scripture to learn more perfectly the ways of God with human beings. We submit to the Holy Spirit to learn the meaning of obedience. We submit to the life of faith in order to understand the difference between human power and divine power. 'Be subject to one another out of reverence for Christ,' said Paul (Eph. 5:21). Paul himself was in submission to the church council in Jerusalem (Acts 15). Submission is power because it places us in a position where we can receive from others. We are impoverished people if our world is narrowed down to ourselves. But when in humility of heart, we submit to others, we have new resources opened to us – we have access to the wisdom, counsel, rebuke, and encouragement of others. 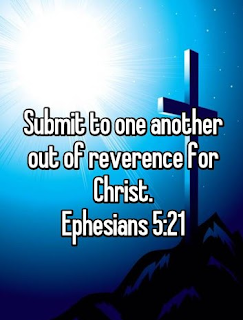 7th) Freedom. People were set free when Jesus and the apostles exercised power. The lame could walk, the blind could see, the guilty knew forgiveness, and most wonderful of all, the demon-possessed were released. The powers of this dark age were defeated, the captives were set free... Jesus never used his power to exploit or control others, though it would have been easy for him to do otherwise. The poor who heard him so gladly would have done anything for him because they were so grateful just to have someone pay attention to them. But Jesus refused to exploit the power he had over them. No, he freed them to be themselves, fully and uniquely...

In conclusion, I add the words of Gregory the Great (540-604 A. D.) who pointed out that one of the major works of the Holy Spirit is the transformation of human life. "The Holy Spirit filled a boy who played upon a harp and made him a psalmist (I Samuel 16:18), a shepherd and herdsman who pruned sycamore trees and made him a prophet (Amos 7:14-15), a boy given to abstinence and made him a judge of mature men (Daniel 1:8), a fisherman and made him a preacher (Matthew 4:19), a persecutor of Christians and made him the teacher of the Gentiles (Acts 9:1-20), a tax collector and made him an evangelist (Luke 5:27-28). What a skillful workman this Spirit is! The Spirit's very touch is teaching. It changes a human mind in a moment to enlighten it, and suddenly what it was it no longer is, suddenly it is what it was not." 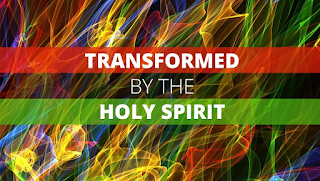 When speaking of spiritual power, many focus on that alone - the power available to us. Foster, instead, focuses our attention on the marks (or distinguishing characteristics) that identify it as divine power. In that sense, his 7 Marks of Spiritual Power are not as frequently spoken about, though very helpful to anyone who seeks to walk in the Spirit's power. The question is, do we exhibit these marks? Love, humility, self-limitation, joy, vulnerability, submission and freedom.

A Grateful Recipient of His Life-transforming Power, Pastor Jeff