I don't often ask for feedback in a post, but on this particular occasion I would like to do so! Not a long or detailed response, but just one idea. I'd like to ask you (if you have the time) to send me just one idea that might come into your mind as you read this week's thought. Or, more specifically, in keeping with today's post by Dr. James Emery White - a subversive idea. A revolutionary idea. A way we can "take Christmas back." A thought (or if you would like, a couple thoughts) which you might come up with on how to make Christmas more focused on, and in keeping with, Jesus. Thoughts you have on how to make Advent and The 12 days of Christmas (which run from Christmas Day to Tuesday, Jan 5th) more honoring to Him, and in line with what He would want from His people as we look to celebrate the holiday that bears His name. If you have the time, I'd love to hear your ideas. Enjoy. 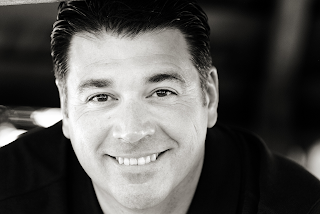 The Advent Conspiracy
"Christmas seems to be about things, things and more things. “So how did Black Friday go for you?” “While vastly different this year, did you get some good online deals?” “Did you knock out all of the items on your Christmas list?” 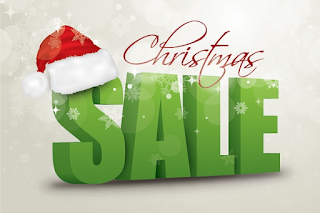 Perhaps it’s time to introduce the “Advent Conspiracy” which is conspiring against the way our culture has taken over Christmas. And how we can and need to take it back. Neither the title nor the idea behind this is original to me. More than a decade ago, a team of people got together and decided to take this on under this banner. They were convicted that there had to be a better, fuller, richer way to celebrate the joy of the Christmas story that not only protected our hearts – and in many cases our wallets – but also offered protection and care for those in our world who are most vulnerable. 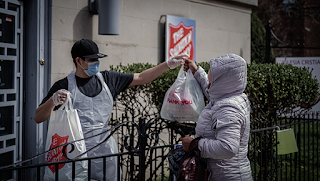 This is not a new idea at the church I serve. We have been highlighting our Giving to Christ at Christmas effort for nearly 30 years. An effort to give our first and best gift to Jesus at Christmas, which He said we could do by giving to the least and the lost through the local church of which we are a part. So we take every bit of that money and give it to support orphanages, the homeless, those in need of basic necessities such as food or clean water, those being rescued from human trafficking and, of course, to reach those who are spiritually far from God with the one message that can alter the entire trajectory of their eternity. 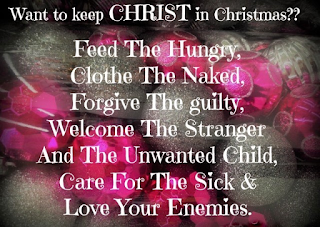 But however it needs to be done, the goal is the same: make Christmas meaningful again and put Jesus at its center. And isn’t that what we all want and what we all really need? How many years have you missed the wonder of God’s miraculous birth with overstuffed Decembers leaving you wanting more? Hyper-consumption leaving you empty? We worship less, spend more, give less, struggle more. This can’t be right. It’s just wrong and it has to end. So what if we did Christmas differently? Because it’s not about just saying “No” to the way Christmas is being celebrated culturally; it’s about saying “Yes” to an entirely different way of celebrating. 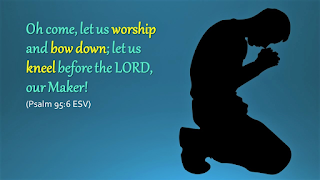 What would it look like if we took this Christmas and worshipped fully, spent less, gave more and loved all? And did it in the name of Jesus, for Jesus, to Jesus, and in honor and celebration of the birthday of Jesus? That’s the “Advent Conspiracy.” The word advent means “coming,” and it’s become a blanket term for the weeks leading up to Christmas, looking forward to the celebration of when Jesus came. This is why those of us who are Christians have advent wreaths and advent candles and celebrate the season of Advent. 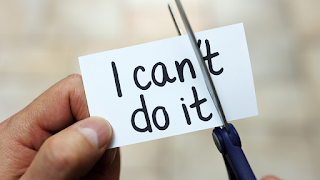 We can take Christmas back. And we should."

As one who grew up in the 1960's and 70's (when Jesus was often pictured as the premier "counterculture revolutionary") I have found it strange that over time He has somehow come to be seen as the archetypal defender of tradition! The protector of the status quo. A conservative instead of a revolutionary intent to unsettle the status quo! It is odd that One who inaugurated (as one book title put it) "The Upside Down Kingdom" -- taking all the world's values and flipping them on end -- is often seen as a defender of the values He sought to overthrow. 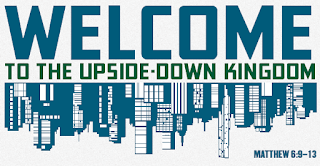 Our constant attempts to get around many of His teachings, like, "love your enemies" and "turn the other cheek" show how other-worldly they are. His reversal of the normally understood way of things is the same. "Blessed are you who are poor... Woe to you who are rich..." "Blessed are you who hunger now... Woe to you who are fed now..." "Blessed are you who weep now... Woe to you who laugh now..." (Luke 6:20-26). This same Jesus is the one who told us it's not the strong, but the meek who get to inherit the earth. That the way to the top is to climb down, assuring us that the "greatest" in the kingdom get to those places of renown by doing those things, or serving those people, which no one else wants to do or serve. Yes, it's all pretty counterculture, upside down, revolutionary stuff. He launched a conspiracy against the generally accepted norms of most every society! 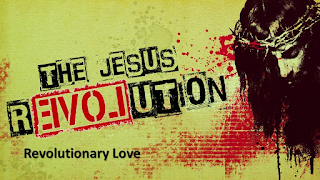 So, given what Dr. White encourages, what thoughts came to your mind? And if you came up with one, and have a moment, could you please pass it along!

That we might live out the Grace of Jesus, Pastor Jeff