A Prayer of Thanks and Compassion

As I sat here at my desk thinking of what "thought" I would pass along to you today, I looked down at a piece of paper sitting on top of the biggest pile of 'waiting to be filed away' papers. "That's it," I said to myself, "I will send that out." Although I must tell you up front that it didn't come from a book. 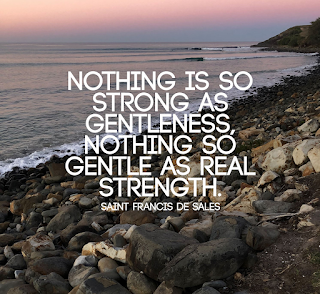 It's a very short "thought," but one that requires a little explanation. There was a gentleman in my congregation who left to be with Christ a couple years back. If there was ever an example of a devout Christian gentleman, it was him. And by that I mean a truly gentle man. A man who said to me just one year before he died at 96 years old: "I pray and do my devotions every day." It was true -- a habit he had started 80 or so years back when he was in his mid-teens. And after a pause -- choking up as he said it -- he added, "I love the Lord with all my heart and soul." 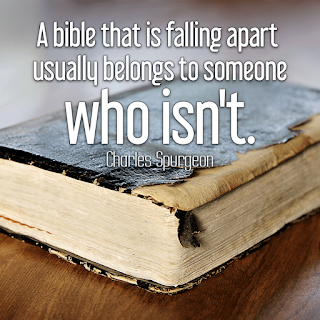 He wasn't boasting. There wasn't even a hint of self-righteousness in his words. He was simply stating what was true for him. After the death of his wife of many years, and with the clock ticking closer to his own death, the focus of his affections were directed more and more to Christ. And his worn out Bible that was falling apart on the nightstand beside his bed in his independent living facility, testified to the truth of his words. (A Bible, by the way, which he had never marked or written in, because he felt that it would be irreverent to mess up something so sacred.) He was truly a true inspiration to me. 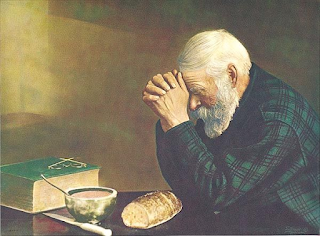 In fact, he is the one who prayed the prayer below. On one occasion he invited me to share a meal with him and his wife at that independent living facility. "Let's pray," he said (since he believed a morsel should never enter the mouth until thanks had been offered to God for it). Then, with our heads bowed, and with his typical heartfelt earnestness, he prayed:

"Dear gracious God, our heavenly Father,
we thank you for this food you have given us
to strengthen and nourish our bodies.
Please, Lord, feed the starving and clothe the naked.
Encourage the hurting and befriend the lonely.
Be with the desolate and help the oppressed throughout this world.
Be with us also throughout this day.
May we honor you in all we do.
In the name of Jesus. Amen." 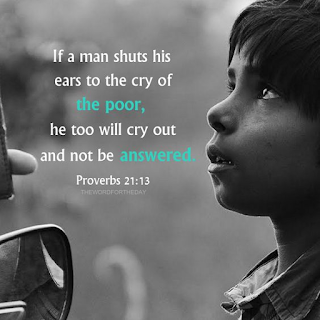 I was so moved by both the earnestness and content of that prayer that I wrote it down in the blank pages for notes in the small Bible I carry whenever I do pastoral visitation. He later told me it was a "Mennoite Prayer" which he had heard his uncle (an deacon at a Mennonite church) pray, back when he was a boy. He had gone there to live with him and his wife for a couple years after the early death of his mother. Then, just a couple of weeks ago, I was going through that visitation Bible, saw the prayer I had scribbled in the blank note pages in the back of it, typed it up, printed it off, and put it in the pile on my desk of things to file for future reference. 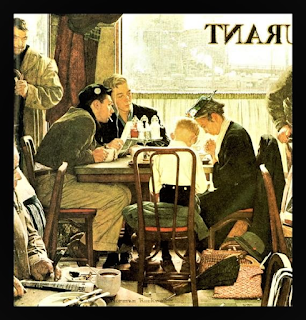 Now, I don't know about you, but I was thinking about what a different world we would live in if children in every family heard their parents pray a prayer like that (or something along those lines) before their meal. A prayer of thanks for what we have received from the hands of our gracious God, mixed together with a heartfelt compassion and concern that reminds us to lift up earnest requests for those who are struggling, lonely, and have so little. That's why I thought I would share it with you, hoping it's contents might strike you in a similar way. Though I must add that I am well-aware that hearing it prayed by a man who earnestly offered it to God from his heart, is much different than simply reading words typed on a page. 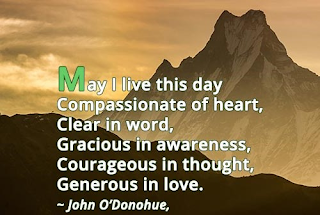 May the Lord make us (like him) both grateful and compassionate, Pastor Jeff