Our church is used as a local polling facility. As I write this the line of cars waiting to turn into our church parking lot extends down the street and the line of voters waiting to get in the building is over 100 yards long (as it has been since 7:00 this morning)! I've never seen such a turnout at any election since arriving here in 2005. Thankfully the weather is pleasant, people are taking advantage of the privilege to vote, and all has been very calm and civil -- as I pray it remains both here and throughout voting America. The results (as always) are in the hands of our Sovereign Lord, who as the all-knowing God is not waiting (like all of us) to see who the "winners" will be! The God whose eternal and redemptive purposes (contrary to what some fear-mongers on both sides are saying) cannot be thwarted, regardless of which party happens to hold office for the next four years. 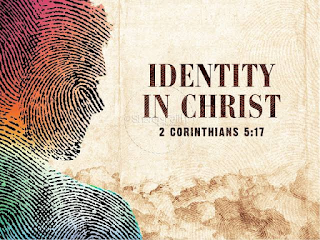 And in keeping with my policy to preach Christ instead of politics, that's about as far as I personally will go with that, other than to say this: On a day where people can be (have been?) swayed to ground their identity in a political party and platform, or define themselves on the basis of many things not even mentioned in Scripture, I do need to remember that my identity is in Jesus Christ "who has become for me my righteousness, holiness and redemption" (I Cor. 1:30-31). My allegiance and citizenship is in heaven, with the One who said to the nation of Israel and citizens of the Roman Empire, "My kingdom is not of this world." For though pressured (like all of you, I am sure) I choose not to define myself by any human system or agenda (which will pass away). I am defined by my union with the eternal, never-changing, Lord of heaven and earth, who purchased me for Himself by His blood shed on the cross. That's where I choose to park myself today, as always. 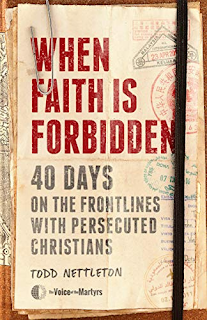 Yet since it is election day, and some may be looking for a political post, I will offer the following selection from Todd Nettleton, the host of The Voice of the Martyrs Radio, and the author of When Faith is Forbidden, as he gives his thoughts on today's election. Enjoy.

"I am not sure who will win the upcoming election. Let me say that up front. I do not have any special knowledge or insight about what the results will be—or when they will be known. I do know that many people—many of my friends and neighbors—will be upset about the result. I know people on both sides who think a victory for the other side’s candidates will irreparably harm our nation and churches. 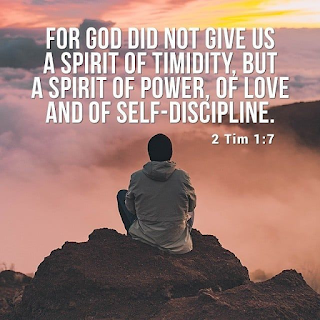 When I hear these woe to the church warnings, I am encouraged that God is greater than any opposition as I reflect on places around the world where my Christian brothers and sisters have no religious freedom and where their government is actively opposed to every form of Christian activity. Yet, it is often in those places where God is moving most powerfully.

In 1979, there was a massive shift in political power in Iran. The Islamic Revolution put the mullahs—Islamic religious leaders—in charge of the entire nation. They promised a nation run strictly along Islamic principles, treating the Quran as if it was the constitution and placing an Imam as “Supreme Leader.”

For Iranian Christians—and those praying for them and supporting them from around the world—it seemed like the worst news possible. What place would there be for Christians—especially “apostate” converts from Islam—in the Islamic Republic of Iran? Many believed that the end of the church in Iran was at hand.

Forty years later, those pronouncements seem laughable. The fastest-growing church in the world is in the Islamic Republic of Iran, and more Muslims have come to Christ in Iran since the Islamic revolution than in all of the other roughly 1,400 years since the advent of Islam. 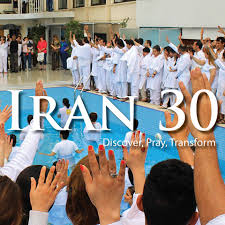 It has not been an easy road for my Christian brothers and sisters there. Pastors like Haik Hovsepian and Mehdi Dibaj were murdered. Pastor Hosein Soodmand was executed. Every legal, “above-ground” church that held services in Farsi—the national language of Iran—has been closed. House church meetings are raided by authorities. Christians are interrogated, arrested, tortured and sexually assaulted. I will never forget a conversation with an Iranian Christian who told me that he and his wife had talked about how she would respond if she were to be arrested and raped because of her witness for Christ.

It has not been easy. There has been much suffering. And yet hundreds of thousands of Iranian Muslims have come to Christ. As the government became more strictly Islamist, the people became less so. Iranian evangelists that VOM works with estimate that nearly three-quarters of Iranians have rejected Islam. As the government became more openly hostile to Christianity, the people became curious about how the gospel could be such a “threat.” I have Iranian friends who point out that Ayatollah Khomeini—the face of the Islamic Revolution—drove so many people away from Islam that he was the greatest force for propagating Christianity in the history of Iran! 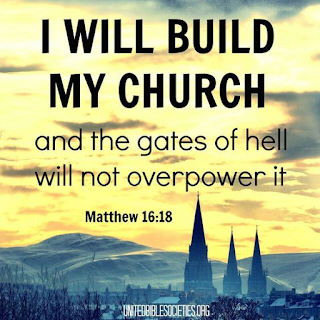 God is perfectly capable of advancing His Kingdom and His purposes, no matter how many votes are cast or how the results turn out. I pray for God’s will to be done in this election, and for the elevation of leaders who honor God and protect our freedom of worship. But when I hear friends and neighbors say that the wrong result Tuesday will be the end of the church in America, I can only smile and think of the place with the fastest-growing church in the world—the Islamic Republic of Iran."

Resting in Christ Jesus, who has been given all authority in heaven and earth, Pastor Jeff