Today's "thought" (expressed through a story) comes from a man I regard (or in light of his passing earlier this year after a battle with cancer, regarded) very highly - Ravi Zacharias. He was a wise, thoughtful, and godly defender of the Christian faith, who treated all with respect - even those he thoroughly disagreed with and earnestly debated. Having watched many of his lectures and debates, I can honestly say I never heard a harsh word come out of his mouth. I never heard him put down or make fun of an "opponent." To me, he embodied what it meant to "speak the truth in love." I saw Jesus in Ravi. 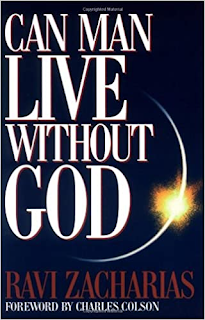 Today's selection is taken from his book "Can Man Live Without God" (lectures presented at Harvard University), where he speaks about living life by considering death and what (better yet Who) lies beyond. Enjoy.

"A short while ago I happened to be speaking in a church where a member of the pastoral staff asked me if I would be willing to visit someone whom I did not know, but who had been at some meeting where I had spoken the year before. She had evidently cherished those meetings and enjoyed listening to tapes of the messages. Now she was dying of AIDS, and I, along with my wife and a colleague, immediately took the opportunity to visit her. 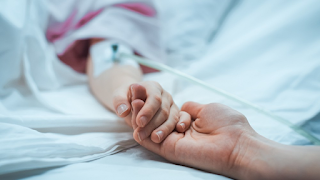 I wish I could fully express to you my emotions on that occasion. There, coalesced in that room, were both the pitiful reality of an undignified death and the greatness of courage and faith within the human heart. The apartment building was situated in a prime location where the city's renowned historic landmarks could be viewed. But our dying friend could no longer enjoy that view -- her life was ebbing away. As we entered her apartment, we started down the stairs that led to the living room. On the sofa sat her parents, and by her side stood a friend. She herself lay pathetically emaciated and utterly without strength. Nevertheless, she turned her head feebly at the sound of someone coming, not knowing who it was, and when she caught sight of us she gasped. As I bent down and hugged her, she kept repeating, "I don't believe it. I don't believe it." I shall spare you the details of our conversation, but I would like to share two simple thoughts. 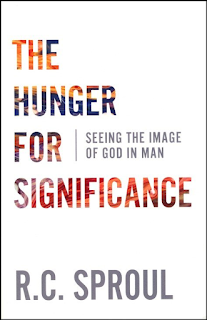 As I looked around the room I saw on a table within her reach a tape recorder and some tapes, and a book opened, facedown. The title of the book said it all -- The Hunger for Significance. Before I left, I asked if we could pray together, and with much delight she agreed. I looked at her dreadful physical condition, completely bereft of any form, just skin and bones. We bowed our heads and prayed, and when I opened my eyes I caught a twinkle in hers. She reached out to me, and I hugged her again before we left. She well knew that life for her was at its end, but from within her glowed a hope that transcended the present. Although some of her choices in life had taken their toll, she had in the previous two years made the greatest choice she could, the choice to trust God to take her through this, and then beyond the grave. Five days later she died, and according to the promise of Scripture, I know she realized that hope. Christ lived, died and rose again to proclaim the promise of heaven. 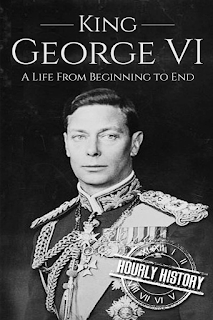 Let me now transport you from the aroma of death in that foreboding setting to a palace in London. The occasion was a Christmas Eve address to the British Commonwealth delivered by King George VI. His closing quotation, during those difficult days for Britain and the world following WWII, have been etched in the memories of those who were in positions of leadership at that time in history.

"I said to the man at the Gate of the Year, "Give me a light that I may walk safely into the unknown."
He said to me, "Go out into the darkness, and put your hand in the hand of God, and it shall be to
you better than the light, and safer than the known."" 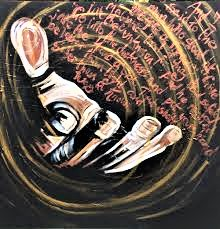 As he spoke, his listeners were unaware that the king was dying of cancer. These words were to become an anchor in his own time of need. From individual need to international struggles, the only hope that makes sense and is legitimate is the hope that comes from God, the hope of life beyond death. Where there is no answer for death, hopelessness inevitably invades life. Blaise Pascal (the famous French physicist and devout believer) knew whereof he spoke when he said that he had learned to define life backwards and live it forwards. By that he meant that he first defined death, and then lived his life accordingly. That makes complete sense, since all journeys are planned with the destination in view. The apostle Paul said, "I want to know Christ and the power of His resurrection and the fellowship of His sufferings" (Phil. 3:10). The resurrection of Christ from the dead informs suffering, and that is why the existence of God and the confidence of hope go together. Life is no longer seen through the foggy glass of finitude, but through the clearer vision of God Himself, who brings victory over death."

Anyone who looks around at the contemporary scene cannot help but see that many have a "Hunger for Significance" - yet reject the very truth of God that would impart that significance to them. Others fear death as the end, and seek to avoid even thinking of it until it stares them in the face. 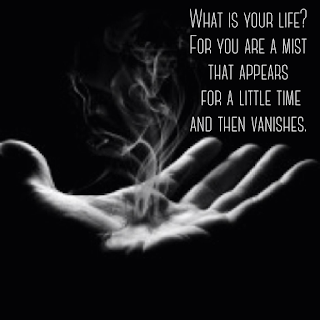 True hope for joy beyond the grave (in society at large) is a rare commodity. After all, when one lives life as if all that matters is the journey, with no concern about arriving at an ultimate destination, it can be pretty depressing when the end comes. Life lived without a final destination in view leaves people floundering in a life filled with self, the pursuit of pleasure, insignificance and meaninglessness. A problem that can be resolved only, as Pascal taught, if one considers death, and the ultimate reality of God, and then lives life in light of it and Him. 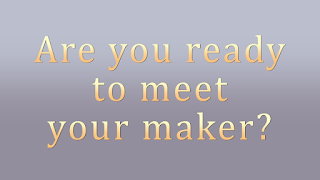 As Scripture affirms so many times, life is short! It's a vapor. A mere mist. Dew on blades of grass that dry up before noon. Think of how short it is! It will be here before you know it, says Scripture! Ponder it long and hard! Don't deny it, but rather, stare it in the face and consider what lies beyond it. Prepare to meet your Maker! Trust in Him, and then, infused with the hope of eternity, go back and start to live life.