This week's "thought" is from the same gentleman as I quoted last week - John Owen. Yet this week, from beginning to end, he is speaking about the Love of God; and primarily the love of God the Father. When I read this material a few weeks back, I was moved by what he had to say -- and as a result I wanted to share it with you in the hopes it would touch your hearts as well. 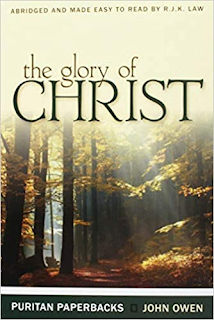 And I should point out that because Owen was writing these things (like the thoughts from last week) in the 1630's (shortly after the Pilgrims landed here in the States!) I have taken the liberty to update the language while hopefully holding as close as possible to his original intent. (It has given me an appreciation for what Bible translators go through!) I happened to find it extremely insightful and edifying, and hope you do as well. Enjoy. 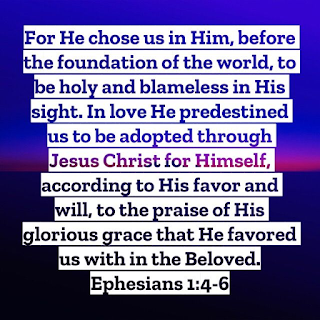 "The Father loves us and chose us before the foundation of the world (Eph. 1:3-4). From His love, He pours out the Holy Spirit richly upon us through Jesus Christ our Savior. In the pouring out of His love, there is not one drop that falls except through the Lord Christ. The holy anointing oil was all poured on the head of Aaron, and then flowed down to the skirts of his clothing. In like manner, love is first poured out on Christ, our Head, and from Him it drips down upon His body into the souls of His saints. 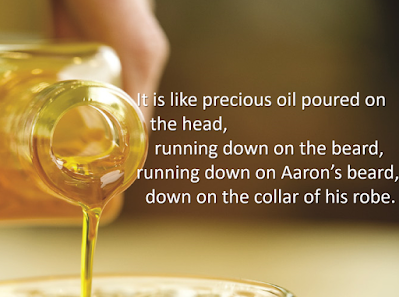 The Father decrees that Christ will have the “pre-eminence in all things” (Col. 1:18). “It pleased him that in Christ all the fullness of deity should dwell” (v. 19), so that “of his fullness we might receive grace upon grace” (John 1:16). Though the love of the Father’s purpose and good pleasure has its rise and foundation in His mere grace and sovereign will, yet the design of its accomplishment is only in Christ. All the fruits of it are first given to Christ; and it is in Him only that they are then dispensed to us. Though the saints may, no, though they do see an infinite ocean of love unto them in the bosom of the Father, yet they are not to look for one drop from Him except what comes through Christ. He is the only means of the communicating of God’s love. 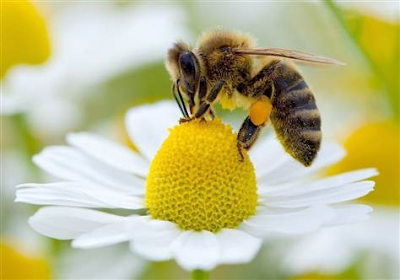 Love in the Father is like honey in the flower; it must be in the comb before it be for our use. Christ must extract and prepare this honey for us. We draw water from the fountain of His grace, through union with Jesus and the dispensation of His fullness; and we partake by faith, from the wells of salvation that are in Him…… 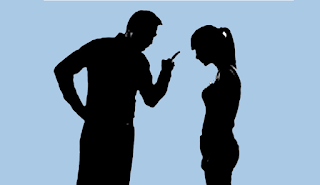 Eye the Father as love. Do not look on Him as an always harsh or critical father, but as one most kind and tender. Let us look on Him by faith, as one that has had thoughts of kindness toward us from everlasting. It is a misapprehension of God that makes anyone run from Him in fear, who has even the smallest yearning in themselves after Him. “They that know thy name will put their trust in thee” (Psalm 9:10). Men cannot abide with God in spiritual meditations if they lack this insight into His love. When they fix their thoughts only on His terrible majesty, severity, and greatness, their spirits are not endeared to Him. If only a soul would continually eye His everlasting tenderness and compassion; His thoughts of kindness that have been from of old, or His present gracious acceptance, that soul could not bear an hour’s absence away from Him; whereas now [because they fail to eye His love], they cannot watch one hour with Him.

Let, then, this be the saints’ first notion of the Father: that He is one full of eternal and free love towards them. Let their hearts be determined to break through all discouragements that lie in the way. Consider whose love it is. It is the love of Him who is in Himself all-sufficient, infinitely satisfied with Himself, and His own glorious excellencies and perfections; Him who has no need to extend His love to others, nor seek an object of it outside Himself. Content with the fullness of love that existed eternally between the Father and the Son] He could have rested in that love with delight and complacency unto eternity, for He is sufficient unto His own love… but He delights to love us." 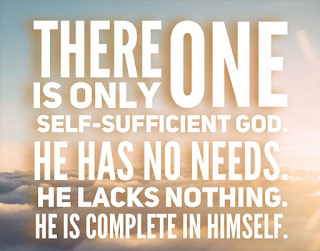 So often I have heard people say, "God created us because He was lonely." Or again, "He created us because He needed someone to love." Yet both statements suggest that in some way we as finite creatures were created to fill a lack, or some type of need, in the infinite God. Therefore I would earnestly ask that if you have suggested such things in the past, you might refrain from doing so in the future. For God (as Owen points out) is excellent and perfect and complete in every way. God needs no object outside himself to complete himself in any way (Acts 17:24-25 / Rom. 11:35-36). 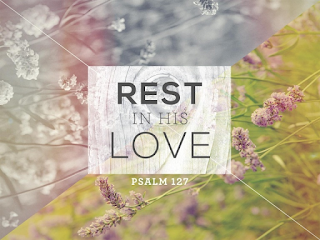 He "could have rested in that love (the love between the Father and the Son) with delight and complacency to eternity." Yet the wonder of the Gospel is that He who did not need us, and would have continued to be entirely content without us, chose to create us, and delights to love us - anyway. His love is gift-love, not need-love. We as creatures are the ever-needy ones who add nothing to Him by our love, while He as the self-sufficient and self-complete Creator and Redeemer adds everything to us by His love! He is an inexhaustible ocean of love, and it is by His mere grace that He chose to shower it down upon us! Free love. Undeserved love. Gracious love -- and therefore life-transforming love. A love which as He says, is ours, "through union with Jesus and the dispensation of His fullness." That's why Owen can say (to use one of his quotes from last week): "We are never nearer to Christ than when we find ourselves lost in holy amazement at His unspeakable love." 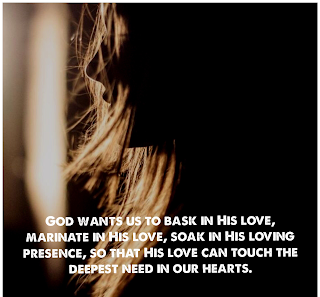