Today's "thought" is a tease. Some might say it's an "advertisement" given to you with the hope that you'll pick up a copy of the book I will quote from and read it -- which is true! (And lest some mistakenly think otherwise, I do need to point out I have NO financial interests in such an endorsement at all. I have never made one penny -- ever -- for endorsing or encouraging the purchase of any book.) If I encourage you to purchase or read a book, it is simply because I believe that its content could help you grow or mature in wisdom and knowledge - period. And this just happens to be one of those books. 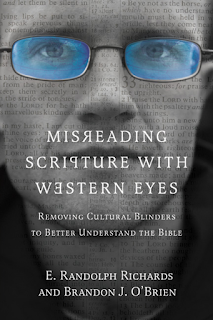 The title is "Misreading Scripture With Western Eyes" by E. Randolph Richards and Brandon J. O'Brien. It puts into a good, concise, easy-to-follow structure the whole issue of culturally-captive interpretations of the Bible. As one who has visited 26 different countries and lived overseas for 13 years of my life, it has been abundantly clear that a good number of American Christians do not know the difference between things that are Western or American and things that are Christian -- often assuming (incorrectly) that the two are somehow one and the same. 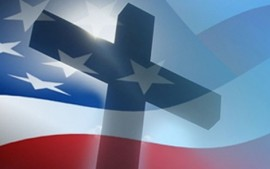 In fact, it took only a short time overseas to realize I myself had fallen prey to that misconception, and surely continue to on occasion -- even though I consciously try not to! It is so hard to look at things apart from the cultural glasses we see things through and often forget (or don't even realize) we're wearing! Yet, as the author's point out, "If our cultural blindspots keep us from reading the Bible correctly, then they can also keep us from applying the Bible correctly. If we want to follow Jesus faithfully and help others do the same, we need to do all we can to allow the Scriptures to speak to us on their own terms." Which means we must be careful not to force Scripture to fit into our exclusively Western or American way of viewing things. As this book points out (very fairly and graciously, I must add) our ingrained cultural biases have been (and continue to be) a widespread problem in terms of correctly interpreting, teaching and applying the Bible. 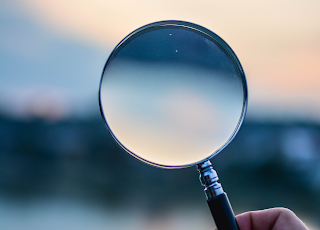 And I point all this out, not to make anyone despair that they can't break free from their cultural biases, but to help bring a degree or personal and cultural humility to our study, interpretation and application of the Bible. The first step in overcoming such biases is to realize we have them! And this book, filled with many good examples and illustrations, seeks to help free us from the chains of those cultural blindspots and biases we as westerners tend to have, and open our hearts and minds to better ways to read, interpret, and apply Scriptural truth. The following is just one simple example. Enjoy. 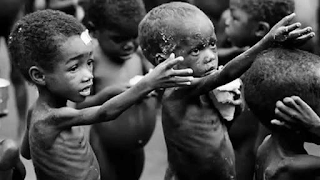 "What goes without being said can lead us to miss important details in a Bible passage, even when the biblical author is trying to make them obvious. Mark Allen Powell offers an excellent example of this phenomenon in "The Forgotten Famine," an exploration of the theme of personal responsibility in what we call, "The Parable of the Prodigal Son." Powell had twelve students in a seminary class read the story carefully from Luke's Gospel, close their Bibles, and then retell the story as faithfully as possible to a partner. None of the twelve American seminary students mentioned the famine in Luke 15:14, which precipitates the son's eventual return. Powell found this omission interesting, so he organized a larger experiment in which he had one hundred people read the story and retell it, as accurately as possible, to a partner. Only six of the one hundred participants mentioned the famine. The group was ethnically, racially, socioeconomically and religiously diverse. The "famine-forgetters," as Powell calls them, all had only one thing in common: they were from the United States. 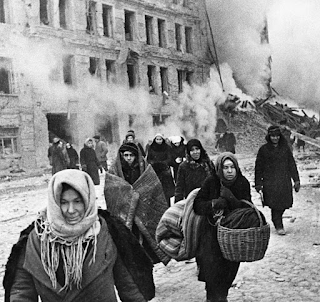 Later Powell had the opportunity to try the experiment again, this time outside the United States. In St. Petersburg, Russia, he gathered fifty participants to read and retell the prodigal son story. This time an overwhelming forty-two of the fifty participants mentioned the famine. Why? Just seventy years before, 670,000 people had died of starvation after a Nazi Germany siege of the capital city began a three-year famine [cutting off most all food supplies into the city]. Famine was very much a part of the history and imagination of the Russian participants in Powell's exercise. Based solely on cultural location, people from America and Russia disagreed about what they considered crucial details of the story. Americans tend to treat the mention of the famine as an unnecessary plot device. Sure, we think: the famine makes matters worse for the young son. He's already penniless, and now there's no food to buy even if he did have the money. But he has already committed his sin, so it goes without being said for us that the main issue in the story is his wastefulness, not the famine. We apply the story, then, as a lesson about willful rebellion and repentance. The boy is guilty, morally, of disrespecting his father and squandering his inheritance. He must now ask for forgiveness. 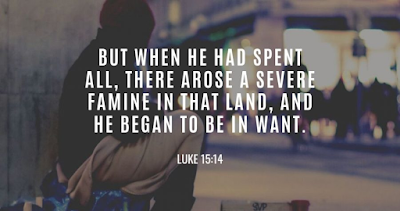 Christians in other parts of the world understand the story differently. In cultures more familiar with famine, like Russia [or in Africa] readers consider the boy's spending less important than the famine. The application of the story has less to do with willful rebellion and more to do with God's faithfulness to deliver his people from hopeless situations. The boy's problem is not that he is wasteful but that he is lost. Our goal in this book is not, first and foremost, to argue which interpretation of a biblical story like this one is correct. Our goal is to raise the question: if our cultural context and assumptions can cause us to overlook a famine, what else do we fail to notice?" 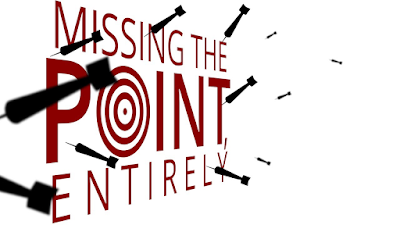 We could venture to ask, "In what other ways might focusing on the famine as that which drove the prodigal to return home, influence our interpretation and application of the text? A few possible answers are that the famine causes us to see our powerlessness in the face of so many situations in life, and thereby drives us into the arms of Him who alone is all-powerful over all. It might cause us to see the need to plan more wisely (like Joseph before the famine in Egypt) and be in a right-relationship with God before such things strike, knowing that we (even as believers) are not exempt from the catastrophes of this life. It might speak to the common error of thinking we are in control while God wants us to know we are not. After all, our greatest sins are not always of a moral nature, but are often of a prideful nature, mistakenly believing we are in control of our own destiny. The famine focus may even help us see (like Joseph's brothers) that when a famine strikes, even the preparations people do wisely make are not always enough. Even people who do not live wastefully can suffer want and experience severe deprivation. A deprivation that forces us to realize that in a fallen world we must be ready, at any time, to "meet our Maker." (After all, given the 670,000 who died in the siege of St. Petersburg, Russia, there were surely many who were earnest believers). Maybe it was this famine that finally caused him to realize that nothing but God could satisfy or fill the gnawing emptiness inside. 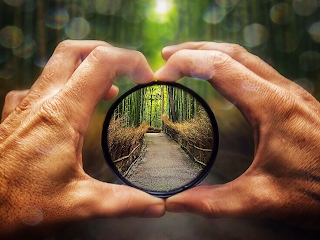 That one frequently overlooked theme in the story -- "a severe famine" -- opens so many other understandings and applications of the truth of that story. It is considered virtually unimportant by nearly all Americans who know almost nothing about famine in their experience. In fact, know very little in their experience about the need to pray every single day for God to, "give us our daily bread."

Thus, for your own benefit, I encourage you to pick up a copy of the book! It can only help widen your perspective and correct some possible misconceptions, misinterpretations and misapplications.. 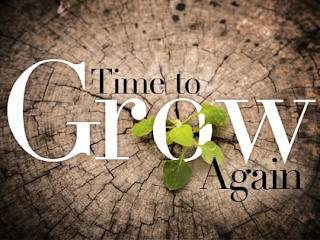 With the desire that we might all continue grow, Pastor Jeff