Today's 'thoughts" come from a long time ago! To be exact, they are dated to around 370-390 A.D. I was gifted a devotional book entitled, "The Early Church Fathers" by Nick Needham, and have found it extremely interesting. In fact, although I find that people today tend to think that modern folk are more intelligent than those who lived long ago, some of the writings I have already looked at have made me see how false that contemporary generalization can be. 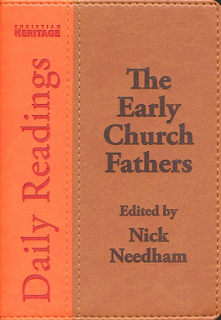 Today's selections (I believe) are evidence of that. They are written by Gregory of Nyssa (335-394 A.D.). The introduction to his writings says, "He was one of the most profound and eloquent thinkers and writers on both the Trinity and Christian life... He sets before us the meaning of what it is to be Christian in language drenched in Scripture, heart-piercing and moving, and full of wisdom. He was unusual among early Christians for his outspoken rejection of slavery as inconsistent with God's true purpose for humanity, which has given him special appeal with modern readers." 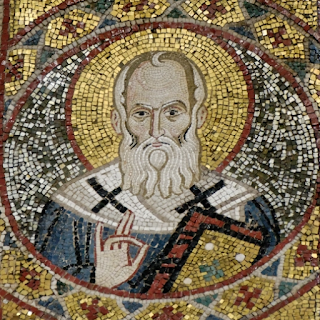 The first entry is entitled "God Beyond Time" and the second "The Power of Social Custom." The first I found very insightful, the second very applicable to our present world situation. Enjoy.

One day with the Lord is as a thousand years,
and a thousand years as one day."
II Peter 1:8
"The universal Creator made time and space as a background and basis for creating the cosmos. Nothing in creation that has come into existence can be outside space or time. But God, who is all-sufficient, eternal, and encircles the universe, is neither in space nor time. He is before and above them, in a way we cannot comprehend. He is self-contained and can be known by faith alone. History's ages cannot measure Him. Time does not journey with Him. He dwells and rests within Himself, apart from all past and future, since there is nothing by His side or above Him that could, by changing, introduce a "past" or "future" into His life. The restrictions of time are limited to the created universe, where time divides life into past memory and future hope.

Within the supernatural and blessed God everything is equally present, as in a single moment. Past and future lie within His all-encompassing grasp and His all-embracing sight. In Him, as John says, "all things are created" (John 1:3-4). Each of us lives and moves and has our individual being in Him (Acts 17:28). He is beyond all origin, revealing nothing of His inmost essence. We can know Him only as the One we cannot fully know! This is His unique characteristic, that His essence is too exalted for any of His distinctive attributes to describe. 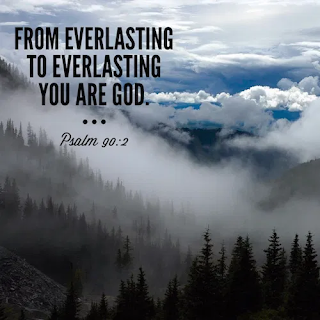 We must speak of the Uncreated God in a very different way than we speak of the created. He is beyond all comparison with the creation. When we explain the nature of creation, our explanation has no application to the Creator Himself, since His nature does not share in creation's attributes. [He is infinite, the creation is finite, He is Uncreated, the creation was spoken into existence. He is eternal, the creation has a distinct beginning...] He soars above the marks of time, for in Him there is no before and no after. None of the dimensions of space are found in Him."

"The power of social custom is difficult to withstand. It has mighty strength to entice and seduce the soul. When a fixed state of feeling gets hold of a person, their feelings create an imaginary perception of what is "good." Even though there is nothing so loathsome by nature, he may consider it desirable and praiseworthy. Look at humanity throughout the earth. There are many nations, but they don't all aspire to the same things. Each has its own standard of beauty and nobility. The social custom of each country controls its desires and goals. We see these differences among nations, where the values of one are not even reckoned worthy by another. But we also see these same differences within the same nation, city, and even the same family! Different customs intrude into these smaller societies, bringing division even here. Twin brothers may go in utterly different directions in their life-goals. 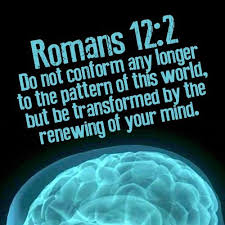 This shouldn't surprise us, since (generally) each individual does not stick rigidly to the same opinion of each thing, but changes as fashions and trends influence him. I have known folk, who, throughout manhood's early years, were devoted to chastity. Then, however, they fell in with what social custom reckons reasonable and allowable in terms of pleasure. This became a launching pad for an impure life. Once they let those temptations into their lives, their whole emotional force was diverted in that direction... If someone turns to the world, adopts its concerns, and gives his heart over to the desire for popular approval, he cannot fulfill the Master's first and greatest commandment - "You shall love the Lord your God with all your heart and strength." How can he fulfill this command when he is sharing his heart between God and the world, and exhausting on worldly causes the love he owes to God alone?" 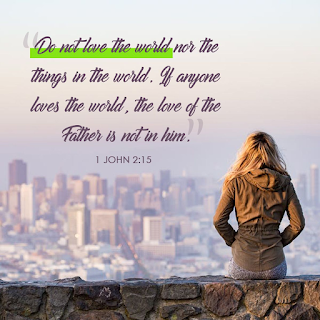 These quotes (in my opinion) show profound understanding of both God and human nature -- which appears to be the same today as it was then! It appears that not only does God not change (Malachi 3:6), but inwardly people have not changed very much either!


In His Grace, Pastor Jeff