Today I received a gift from a close friend. It was a devotional book entitled, "Daily Readings - The Early Church Fathers." It is edited by a church historian named Nick Needham. As one who loves history, and especially church history, I immediately turned to the readings for May and decided to pass a couple along to you today! It's a chance for you to "step back in time" and see how some of the earlier believers used the Bible, defended the faith, and sought to instruct people in the faith. Enjoy. 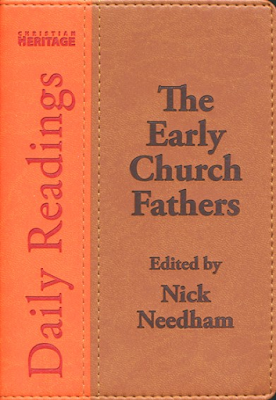 Both entries are by Basil of Caesarea (330-339 A.D.). In the first he responds to a pastor who apparently had people in his church who rejected the teaching that Jesus came in the flesh. In the second he encourages us to affirm the central Gospel truth of justification by grace through faith alone. 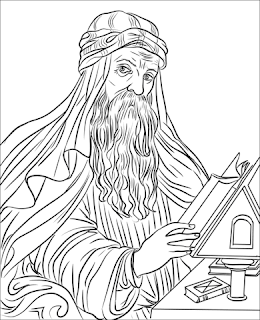 He Knits our Shattered Lives Together

"You speak of men in your midst trying to overthrow our Lord Jesus Christ's saving incarnation, casting down (as best they can) the grace of that great mystery hidden from eternity but revealed in the Lord's own times. For the Lord, after going through everything relating to humanity's healing, gave to us all the gift of His own coming to dwell among us. He helped His creatures first through the patriarchs, whose lives He set forth as examples and guides to anyone ready to follow in their footsteps... Next, for help, He gave the law, ordaining it through angels by the agency of Moses. Then He gave the prophets, predicting the future salvation. He gave judges, kings, and righteous people, who accomplished wondrous works with a mighty arm. After all these, in the last days, He Himself was made known in the flesh, "born of a woman, born under the law, to redeem those who were under the law, that we might receive the adoption as sons" (Gal. 4:4-5). 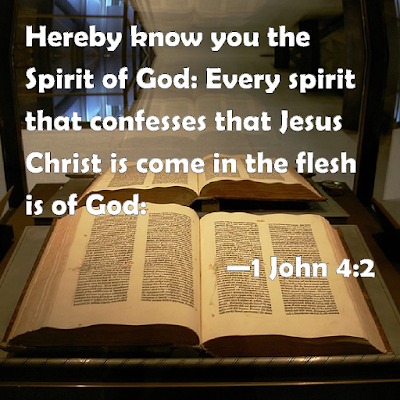 If however, the Lord's dwelling among us in the flesh never actually took place, then the Redeemer didn't pay on our behalf the penalty we owed to death, nor destroy death's reign through Himself. For if the Lord didn't take upon Himself our nature over which death reigned, death would still have been fulfilling its own purposes. There would have been no sufferings of Christ's God-bearing flesh to bring about our salvation, and the Savior would not have slain sin in the flesh. We who had died in Adam wouldn't have been resurrected in Christ. Our life, which had fallen to pieces, wouldn't have been knit back together again; having been shattered, it would not have been mended."

The Unrighteous Justified by Faith

"This is how humanity is truly glorified; this is our glory and greatness -- to truly know what is great, grasp hold of it, and seek our glory from the Lord of glory. As the Apostle says, "Whoever boasts, let him boast in the Lord" (I Cor. 1:31). Paul declares that by the will of God, it is Christ Himself who is our wisdom, our righteousness, our sanctification, and our redemption (I Cor. 1:30). Why? So that, as Scripture says, "Whoever boasts, let him boast only in the Lord." 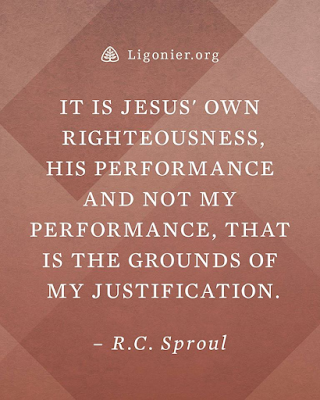 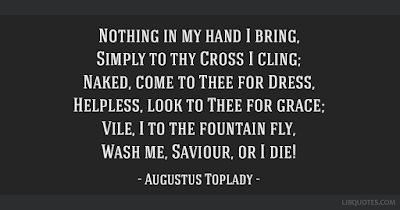 "Here all the high-and-mighty soaring of human pride falls flat on the ground! You have no shred of basis for self-boasting, O man, because your whole boasting and your whole hope consist in putting your own will to death, and from this time forth living the life that is in Christ. The first-fruits of this we already enjoy even now; for we live, root and branch, in the grace and free gift of God."

I hope you enjoyed stepping back in time today to hear from this church father!
Some people mistakenly believe that because the Roman Empire adopted the Christian faith in 313 A.D., that meant that everyone in the Empire believed it. Yet that was obviously not the case. The first entry is only one example of many writings that highlight this. There has never been a time when the church was approved of by all, or had no detractors or enemies seeking to undermine its precious truths. 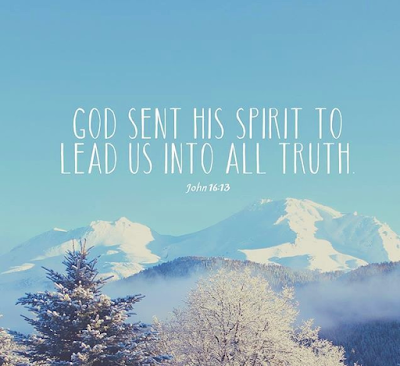 "The man without the Spirit does not accept the things that come from the Spirit," says Paul in I Cor. 2:14. In other words, to truly be Christian, and grasp the truth of the Gospel, one must experience the renewing work of the Holy Spirit. They must be born again, says Jesus, and not all are, since the Spirit "blows where it pleases." Only after the enlightening work of the Spirit in the new birth does one begin to grasp and affirm and stand in faith on the blessed truths of the Gospel.

Therefore, we must always be ready to share the truth and defend the truth, knowing without question that unbelief will continue to exist all around us until that day when every knee shall bow and tongue confess.

Initially I thought this excerpt might not be for everyone. Yet, if we are ministry-minded there's a sense in which it IS -- since all of us surely know someone who struggles with loneliness. Shut-ins. People who live in nursing homes. People in hospitals. People who have lost a spouse or live alone and are now in isolation -- and there are many other scenarios. Therefore I would encourage you to read it, if not for yourself, then at least for the help it might give you in ministering to others who wrestle with feelings of loneliness. It is by J. Oswald Sanders and comes from his book, "Facing Loneliness." Enjoy.
"A nine-year study by researchers at the University of California shows that loneliness has a greater impact on the death rate than smoking, drinking, eating or exercise. The study found that people without spouses or friends had a death rate twice as high as those with social ties" (ABC News). Loneliness is usually considered a m…
Post a Comment
Read more

April 23, 2020
Dear Friends,
Today I send you 20 short thoughts to ponder as you are holed up in your homes looking for things to do! We did not ask for this, but it is a good time to re-learn the somewhat forgotten art of Christian meditation or spiritual contemplation, seeking to focus on the fuller or more comprehensive meaning (or application) contained in just a few short words or sentences. Sometimes short "one-liners" can have a powerful impact when one pauses to consider all that has been packed into them. Enjoy.

“God doesn’t love us because of our worth, we are of worth because God loves us.”
Martin Luther

“The Christian life is not a constant high. I have moments of deep discouragement. I have to go to God in prayer with tears in my eyes and say, “O God forgive me,” or “Help me.”
Billy Graham
“We shall never be clothed with the righteousness of Christ except we first know assuredly that we have no acceptable righteous…
Post a Comment
Read more

As I sat in my office today pondering what "thought" I would send out, I grabbed an old devotional book sitting on my desk, and just out of curiosity turned to see the devotion for today. It fit well with the times we are in, so I will share it with you. I also grabbed another from a friend's feed on Facebook. I had seen it years ago, but it also struck me as so very pertinent to the present time. So, today, you get two short thoughts to ponder! Enjoy.
"As they began to sing and praise, the LORD set ambushes against the men...
who were invading Judah and they were defeated." I Chronicles 20:22

"Oh, if only we would worry less about our problems and sing and praise more! There are thousands of things that shackle us which could be turned into instruments of music if we just knew how to do it. Think of those people who ponder, meditate, and weigh the affairs of life, and who continually try to figure out the mysterious workings of God'…
Post a Comment
Read more