Initially I thought this excerpt might not be for everyone. Yet, if we are ministry-minded there's a sense in which it IS -- since all of us surely know someone who struggles with loneliness. Shut-ins. People who live in nursing homes. People in hospitals. People who have lost a spouse or live alone and are now in isolation -- and there are many other scenarios. Therefore I would encourage you to read it, if not for yourself, then at least for the help it might give you in ministering to others who wrestle with feelings of loneliness. It is by J. Oswald Sanders and comes from his book, "Facing Loneliness." Enjoy. 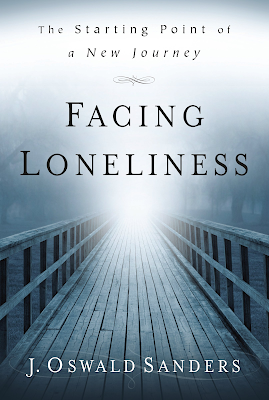 "A nine-year study by researchers at the University of California shows that loneliness has a greater impact on the death rate than smoking, drinking, eating or exercise. The study found that people without spouses or friends had a death rate twice as high as those with social ties" (ABC News). Loneliness is usually considered a matter of the emotions, and indeed it is. But in its acute and unrelieved form its effects are not confined to the emotions. Specialists in both mental and emotional health fields assert that it can induce painful and even harmful physical repercussions, as many sufferers have learned to their dismay. For this reason alone it must be viewed as a serious health hazard. One eminent specialist advanced the opinion that there is a biological basis for our need to form close human relationships, and added that if we fail to do this we are putting our own health at risk... 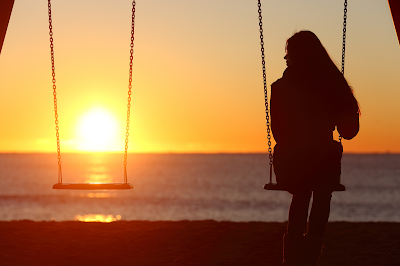 It is an understandable though unhealthy tendency of lonely persons to take refuge by withdrawing into themselves, rather than seeking the company of others. This reaction often happens due to a fear that in any close relationship some failure or other personality defect may surface, bringing the relationship to an untimely end. Although they are all the time craving friendship, this fear causes lonely individuals to keep their true selves concealed. This in turn makes it difficult for them to approach others first, and equally difficult for others to make a friendly advance... 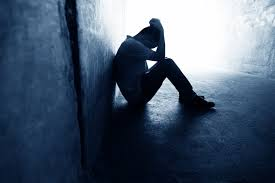 An unstable family life can worsen loneliness... Alcohol and drug addiction are often symptoms of unchecked loneliness... Then, too, there is also a vital connection between loneliness and sickness. People overtaken by serious illness are compelled to spend much time alone... Hospital chaplains report that in the course of their visitation they meet many patients who have no friends, no one to visit and cheer them from year to year... Chronic illness and infirmity always lead to a measure of isolation. With the passage of time, friends move away or drop off the scene for one reason or another. 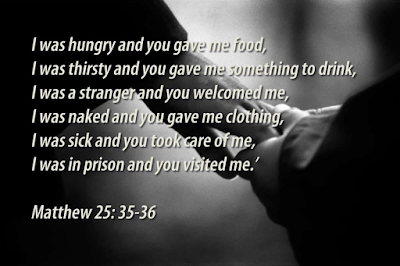 But there is no need for a sickbed to become a prison. It is possible for our minds and imaginations to enrich our solitude. Christians who knows the comfort of the Scriptures, and who maintain a vital and outgoing prayer life, will find in those exercises a satisfying panacea for their own needs... A glowing example of one who rose above her confining surroundings is that of Madame Guyon, a member of the French nobility who was imprisoned in the infamous Bastille for fifteen years during the French Revolution. In spite of the atrocious conditions in which she found herself, so great was her delight in God that her spirit soared above the prison walls... Triumphant in spirit, she wrote: 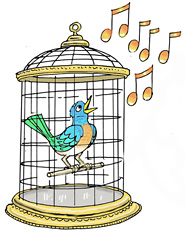 "A little bird am I.
Shut out from fields of air.
Yet in my cage I sit and sing
To Him who placed me there!
Well pleased a prisoner to be,
because my God, it pleaseth Thee....


My cage confines me round,
Abroad I cannot soar,
But though my wing is closely bound,
My heart's at liberty.
My prison walls cannot control,
The flight, the freedom of my soul." Likewise, for sixty-nine years of her eighty-two year life, Hannah Higgins of Melbourne, Australia, was in constant pain as a result of a progressive bone disease that ultimately required the amputation of her arms and legs. She lived in a cottage she named "Gladwish," and for forty-three years she lived in one room. How easy it would have been for her to give up the struggle and relapse into an orgy of self-pity. Instead she accepted her limitations and acted out her God-given ministry to share with other invalids the love and comfort of God that had been her portion. She had an attachment fixed to the stump of her right arm that enabled her to write with a fountain pen. It takes little imagination to understand the physical effort she had to exert when writing, since she had to use her whole body to form each character. Yet from her little room went thousands of letters to visitors and fellow sufferers worldwide which produced a rich harvest of blessing."

Loneliness can be depressing and for some it can be debilitating. This social isolation doesn't help those caught in this cycle. Yet faith in a God who cares, and an outward focus on trying to bring joy to others, can go a long way to relieve the pain and even to a great extent remedy the affliction.

In the Grip of His Grace, Pastor Jeff

Last week we did a Zoom prayer meeting at my church for the National Day of Prayer. During that meeting I spoke on I Thessalonians 5:16-18: "Rejoice always, pray continually, and give thanks in all circumstances, for this is God's will for you in Christ Jesus." After the meeting a couple people asked me about a quote I used in explaining how we can "pray continually." Not just often, but continually.
In this regard Brother Lawrence's short and very practical book, "The Practice of the Presence of God" was extremely helpful. But I was also helped by the spiritual guidance offered in the three quotes I have chosen to share today. And the benefits are enormous. Praying continually adds stability to our spiritual lives and helps keep us get off the spiritual roller coaster ride that can occur when we pray sporadically. And it helps us to "bring every thought captive and make it obedient to Christ" as Paul admonishes us …
Post a Comment
Read more

As I sat in my office today pondering what "thought" I would send out, I grabbed an old devotional book sitting on my desk, and just out of curiosity turned to see the devotion for today. It fit well with the times we are in, so I will share it with you. I also grabbed another from a friend's feed on Facebook. I had seen it years ago, but it also struck me as so very pertinent to the present time. So, today, you get two short thoughts to ponder! Enjoy.
"As they began to sing and praise, the LORD set ambushes against the men...
who were invading Judah and they were defeated." I Chronicles 20:22

"Oh, if only we would worry less about our problems and sing and praise more! There are thousands of things that shackle us which could be turned into instruments of music if we just knew how to do it. Think of those people who ponder, meditate, and weigh the affairs of life, and who continually try to figure out the mysterious workings of God'…
Post a Comment
Read more