In light of the current pandemic, I wanted to post something that would hopefully be helpful to you all as you find yourself forced into circumstances beyond your control. It comes from D. L. Moody. in his book, "The Overcoming Life" originally penned in 1896. Just another confirmation that although times change, situations change, and technology changes, the nature of man remains the same as it always has! Relevant then, relevant now, and will be until the day Jesus returns. (Scripture quotes updated using the NIV.) Enjoy. 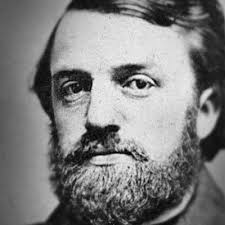 "If we are going to overcome, we must begin inside. God always begins there. An enemy inside the fort is always more dangerous than one outside. Scripture teaches us that in every believer there are two natures warring against each other. Paul says, "For we know that the law is spiritual, but I am unspiritual, sold as a slave to sin. I do not understand what I do. For what I want to do, I do not do, but what I hate, I do... I have the desire to do what is good, but I cannot carry it out. For what I do is not the good I want to do, but the evil I do not want to do, this I keep on doing. And if I do what I do not want to do, it is no longer I who do it, but sin living in me that does it. So I find this law at work: When I want to do good, evil is right there with me... waging war against the law of my mind and making me a prisoner of the law of sin within my members." (Romans 7:14-23). Again, in the epistle to the Galatians, he says, "For the sin nature desires what is contrary to the Spirit and the Spirit what is contrary to the sinful nature. They are in conflict with each other, so that you do not do what you want" (Galatians 5:17). 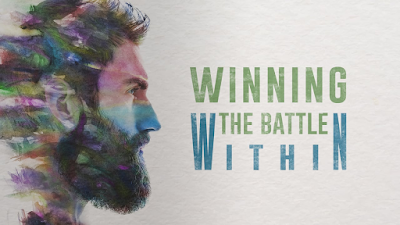 When we are born of God, we get His nature, but He does not immediately take away all of the old nature. Each species of animal and bird is true to its nature. The horse is true to his nature; the cow is true to hers. But a man has two natures, and do not let the world, or Satan, make you think that the old nature is extinct -- because it is not. "Consider yourselves dead..." (Romans 6:1). If you were dead, you wouldn't need to reckon yourselves dead, would you? The dead self would be dropped out of the need to reckon itself dead, it would be dead... I am judicially dead, but the old nature is still alive, and therefore if I don't reckon myself dead and crucify the sinful nature with its affections, the lower nature will gain the advantage, and I shall be in bondage. 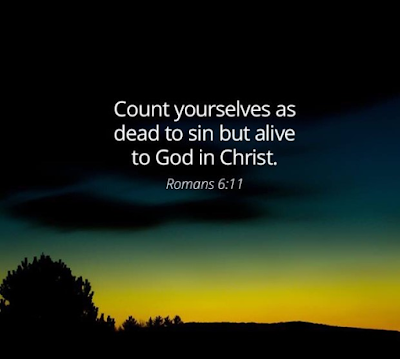 Many people live all their lives in bondage to the old nature, when they might have liberty if they would only live this overcoming life... A gentleman in India once got a tiger cub and tamed it so that it became a pet. One day when it had grown up it tasted blood, and the old tiger-nature flashed out, and it had to be put down. So with the old nature in the believer. It never dies, though it is subdued; and unless one is watchful and prayerful, it will gain the upper hand and rush him into sin. Someone has pointed out that "I" is the center of S-I-N. It is the medium through which Satan acts. And so the worst enemy you have to overcome, after all, is yourself. At the time Captain T_______ was converted in London, he was a great society man. After he had been a Christian some months, he was asked, "What have you found to be your greatest enemy since you began to be a Christian?" After a few minutes of deep thought he said, "Well, I think it is myself." "Ah," said the questioner, "the King (Christ) has taken you into His presence, for it is only in His presence that we are taught such truths." 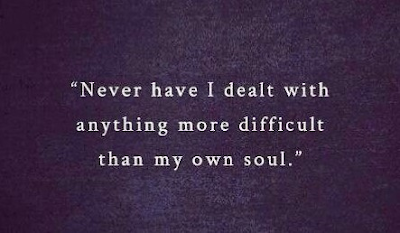 I have had more trouble with D. L. Moody (says D. L. Moody!) than with any other man who has crossed my path. If I can only keep him right, I don't have any trouble with other people. A good many have trouble with hired servants. Did you ever think that the trouble lies with you instead of the servants? If one member of the family is constantly snapping, he will have the whole family snapping. It is true whether you believe it or not. You speak quickly and snapishly to people and they will do the same to you... Someone has said that a preacher will never miss the people when he speaks on temper. It is astonishing how little mastery even professing Christians have over it. A friend of mine in England was out visiting and while he was sitting in the parlor, he heard an awful noise in the hall. He asked what it was and found out it was only the doctor throwing his boots downstairs because they were not properly polished. "Many Christians," said an old divine, "who bore the loss of a child or all their property with the most heroic Christian fortitude, are entirely vanquished by the breaking of a dish, or the blunders of an employee."

I have had people ask me, "Mr. Moody, how can I get control of my temper?" If you really want to get control, I will tell you. But you won't like the medicine. Treat it as sin and confess it. People look upon temper as a sort of misfortune. One lady told me she inherited it from her father and mother. Even if she did, that is no excuse for her. When you get angry again and speak unkindly to a person, go and ask that person to forgive you. You won't do it for the next 24 hours. But when it does happen again, go to the person and ask forgiveness a second time. And after you have done it about a half dozen times, you will get out of the habit, because it (the act of confessing and asking for forgiveness) makes the old nature burn (or die)." 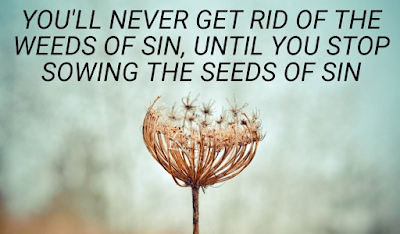 My grandfather used to say, "You can bring dying things back to life by feeding them." He was not a believer (at least not until his death-bed), but he knew that when we feed a vice in us, even if it was on its last legs and about to pass away, we could reinvigorate it. Just ask the alcoholic, a drug addict, or porn addict. Years of victory, or being dry, or clean, can evaporate in seconds simply by feeding something that once enslaved us, was by God's grace weakened or vastly overcome, but then given new life in a moment of weakness by giving into temptation (or falling prey to the prideful thought that it no longer posed any threat at all to our well-being. "Pride comes before a fall," said Paul to the Corinthians). 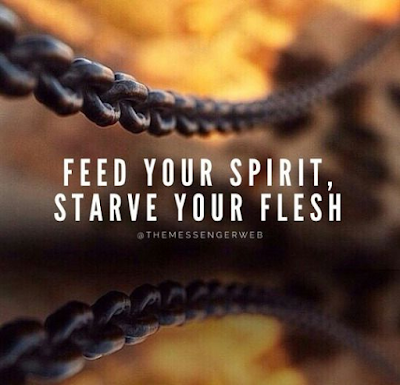 Sin is powerful. It does not die easily. And even if it is on its deathbed, all one has to do to revive it, or give it renewed strength, is to give in to the temptation to toy with it just one last time. Even looking in its direction with the slightest degree of interest can bring it back to renewed strength and life from its near-death state. "Count yourselves dead to sin" means to consider sin no longer an option. It means to let that which was crucified with Christ remain dead! It means to replace it with a new, holy, and godly sources of pleasure and thus choke off its source of appeal. It means to let the sin die and refuse to feed it back to life. It means to refuse to let ourselves be our own worst enemy (as Moody points out) by nurturing back to health (through excuses, or renewed attention or interest) that which once controlled and enslaved us and was by God's grace dealt the initial death blow. 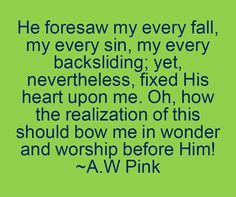 Let dying things die by refusing to treat them as alive, or feed them back to health. We are to count them as dead, or ourselves as dead to them, for no one toys around with things that have been given a proper burial.


Living in the Grace of Jesus, Pastor Jeff