Who would have thought – just 2-3 weeks ago – that things would be where they are today in relation to the spread of Covid-19 and the worldwide efforts to stem its spread? It’s been a lesson in growing international cooperation, while also being a study of human nature as we watch the many varied ideas, theories, and reactions of people to the general concern about the virus. When each generation is confronted by a new threat, we can often forget the lessons of wisdom and self-sacrifice displayed during similar threats in the past. Those unfamiliar with history are often unaware that we are not the first generation to encounter things which are a massive threat to human life and global stability. Just to name a couple, there was the Black (Bubonic) Plague (1346-1353, often called “the greatest catastrophe ever”) which killed 50 million in Euro-asia, or 60% of the population and its recurrence years later in England (in 1665-1666) killing nearly 25% of London’s population in 18 months. These events (like ours today) drove people to consider how they would/should respond in light of their faith. 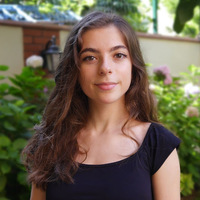 Today I send you one true story from that time which is an example of extreme courage and love for one’s neighbors. It’s the story of an English town named “Eyam,” it’s two pastors (William Mompesson and Thomas Stanley) and its many residents. They are people who for the sake of keeping an outbreak of the plague contained, bound themselves in oath before God and each other to cordon off the town in a self-imposed quarantine, and not venture outside the one-mile perimeter they established. Their self-sacrificing choice saved the lives of countless others – a noble deed still remembered annually in the small town some 350 years later. I pray you might find in it an admirable example of Christian love.

Plague-Infested Village Self-Quarantined to Stop the Plague of 1666
By Derya Ozdemir March 18, 2020

While studies suggest bats or pangolins could be the source of the COVID-19 pandemic, we don’t know with certainty how the outbreak began. Often months or even years can go by without a definitive answer presenting itself. However, in the case of another, a now-distant pandemic of the 17th century — in a village called Eyam — it all started with a cloth. It was the summer of 1665 when a clueless London merchant sent flea-infested fabrics to the tailor of Eyam: Alexander Hadfield. These fleas weren't alone in their voyage to the village — they were carrying bacteria that would cruelly destroy and take the lives of many, now known as the Bubonic Plague. By the 1660s, the plague had reached the heart of England in the latest of many waves. It was a centuries-long pandemic that swept through the world and killed millions, sparing few. By the late 17th century, 25% of London’s population had perished, with earlier outbreaks sending an estimated 25 million people to their graves. 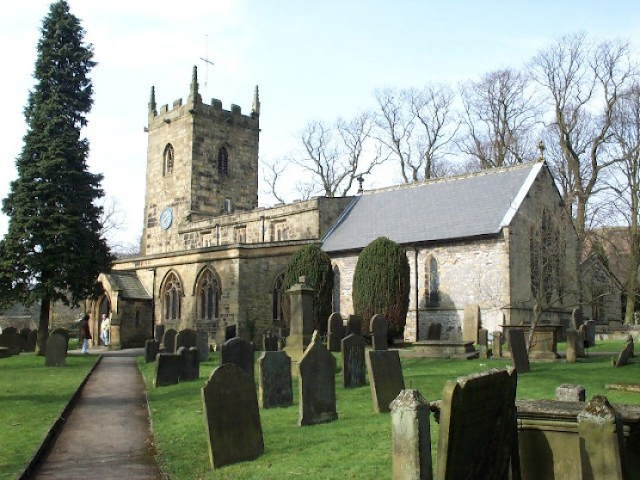 Eyam's first plague victim:
George Viccars was the first to contract the illness. As the village tailor’s assistant, he was believed to have hung the newly-arrived clothes out to dry over the hearth. Thriving in warm weather the fleas carried the plague to the poor assistant tailor. He would become the first victim of the plague in Eyam, dying in unbearable agony on September 7, 1665. After Viccars’ death, the pestilence ravaged his community, and before the new year’s arrival, 42 villagers would join him in death. There was, however, a brief intermission where the rate of infections dropped. But as summer blossomed, things took a turn for the worse. Not only did the plague make a blistering return; it mutated and became pneumonic — which meant that humans could now transmit it to one another directly, instead of being infected by fleas alone. 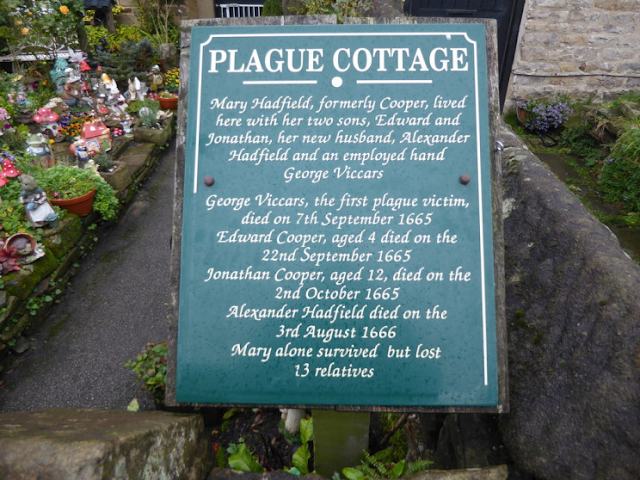 Death waves wreak chaos in England
This resulted in a tremendous surge in deaths. Panic ensued, and many of Eyam’s residents were convinced that escape to larger cities was the only hope left. Historically, we now know that this likely caused tremendous damage, resulting in thousands of fatalities. The people of England had a vague idea of what should be done thanks to the nascent (but rapidly advancing) science of medicine and — surprisingly — the newly appointed rector of the village church, William Mompesson, a man ahead of his time.

Mompesson suspected that Eyam’s fleeing villagers might spread the outbreaks in larger cities. As a man of faith, he thought the rightful course of action was to self-quarantine the town. Together with the former rector Thomas Stanley (who had great influence and had retired in the town), the two men persuaded the villagers into staying. No one would enter or leave the village of Eyam; the people chose sacrifice and death to save others. The village quarantined itself inside a 1-mile circle of stones, and 80% of the people died in a matter of months. No one crossed the circle. 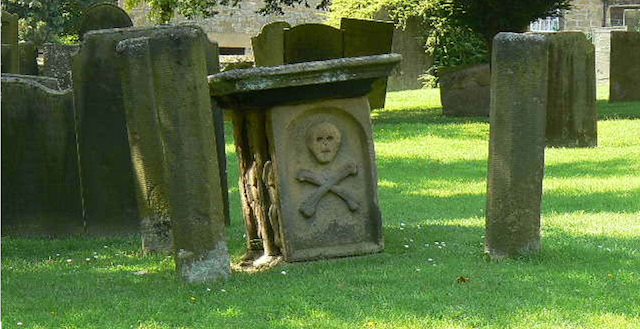 People self-quarantined in the 'Cordon Sanitaire'
On June 24, 1666, the people of Eyam voluntarily quarantined themselves with a “cordon sanitaire.” Rocks were placed in a 1-mile-long circle around Eyam to create perimeter; this would be their isolation zone. Many would never pass the stones again. Nearby villages sold them food and supplies by [leaving goods near] the rocks in exchange for “disinfected” coins. The villagers would soak the coins in vinegar, as this practice was believed to prevent the plague from spreading. 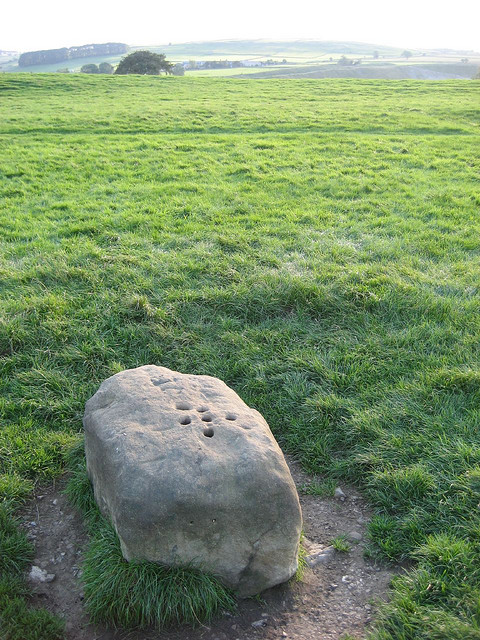 Black Death ran its course
At the start of the plague, Eyam had 350 people in self-quarantine. By the summer's end, 260 people had died. More than 76 separate families were affected during the quarantine. Historical records show entire families dying, one after another. In August 1666 — with the plague at its peak — five to six people would die every day, in Eyam. Elizabeth Hancock — an Eyam plague survivor — told the story of how she buried six of her children and her husband one after another, eight days in a row. She had to drag their bodies across the fields and bury them while people from the nearby villages stood on the hills and just watched her. They were too scared to help. Astonishingly, despite the dire reality, no one broke the cordon. 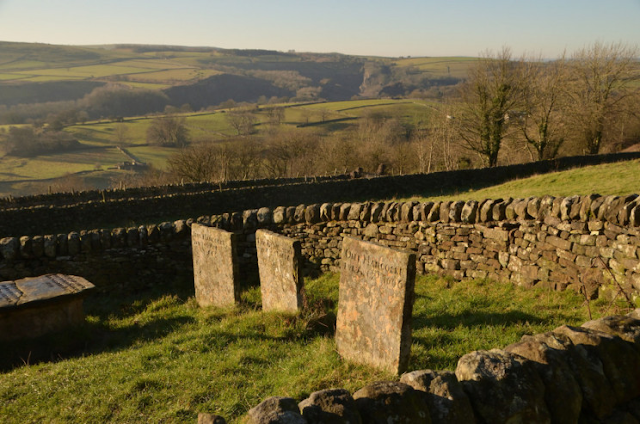 A Poignant Tale of Sacrifice
The last infection occurred on October 17, 1666. After the summer's end, the worst of the pestilence would cease. The number of cases fell in September, and by the start of November, the disease was gone. With further transmission prevented, the "cordon" had worked.

Today, Eyam has a current population of roughly 1,000. It hasn’t grown much or grown larger since then; however, the town's self-sacrifice has become a grim but effective reminder that humanity can persist even through the most frightening and hopeless of circumstances. If we are to look at our current situation with the COVID-19 pandemic, we are doing much better by the ratio of fatalities to cases. Moreover, we're better-equipped with the power of a more advanced medicinal science.

Thankfully, we don't have to sacrifice our lives for the greater good, but giving up the time we spend outside is a must to protect those in need. Social-distancing is a mode of self-quarantine, and — in a time of pandemics — is also how we can battle the novel coronavirus. The people of Eyam's distant history set an aspirational example of how a few with courage can change the course of a vulnerable majority. With the COVID-19 pandemic, your country might have restricted people from leaving their houses, but the final decision might be up to your initiative. Let us ask the question: Where does that leave you? Outside or inside the circle?” 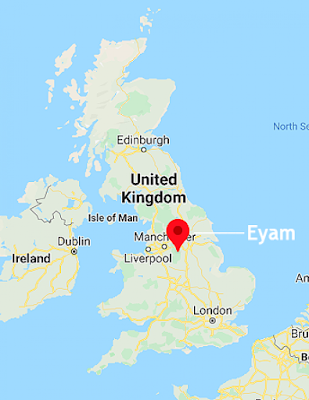 It has been said, “Those who cannot learn from history are doomed to repeat it.” In light of I Corinthians 10:1-13 it’s a saying worthy of our consideration. In fact, in this time of self-isolation, or social distancing, maybe we could use some of the extra time we have to familiarize ourselves with more of it. This was just one example of many. May their courageous and loving actions not be forgotten.