Today's "thought" is a true story. As I was wrestling with what I should share with you, I went to one of my faithful "fall back" books ("The One Year Book of Christian History" by Michael and Sharon Rusten) and looked to see what event in history happened on this day. Turns out it was the publication of one of the best-selling books in history. Yet, it's not simply about the publication of a book, it's the story of the author as well. Like his book, his story is fascinating also. I trust you be both inspired and challenged. Enjoy. 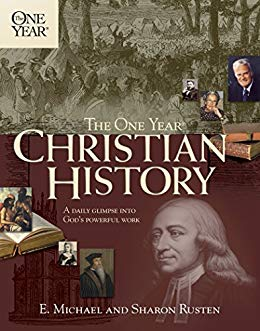 "For a century after it was first published, one book's popularity was exceeded only by that of the Bible. Yet it's author was a "tinker" -- a mender of pots and pans whose story continues to inspire generation after generation. His name is John Bunyan, author of Pilgrim's Progress. 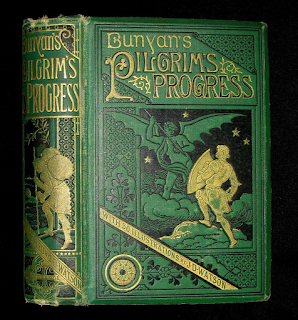 When Bunyan was sixteen, his mother and sister both died within three months of each other, and his father remarried. Unable to deal with the upheaval, he began acting out in ways he would later term, 'wild and willful ways.' Bunyan owned no books before he was married, but his wife's dowry included two Puritan books. Although she was a Christian, he was an unbeliever. One Sunday afternoon on the village green, Bunyan heard a voice from heaven ask, 'Will you leave your sins and go to heaven, or keep your sins and go to hell?' Bunyan, 'looked up to heaven and it was as if I had... seen the Lord Jesus looking down upon me.' As a result of the vision, Bunyan became very depressed. Feeling that if he was going to be condemned for his sins anyway, it may as well be for many instead of just a few, so he spent the next few months indulging in selfish pursuits. Then his feelings shifted, and he pursued righteousness with equal vigor. 'Our neighbors,' he wrote, 'did take me to be a very godly man, a new and religious man... and indeed I was religious, yet I knew not Christ, nor grace, not faith, nor hope.' 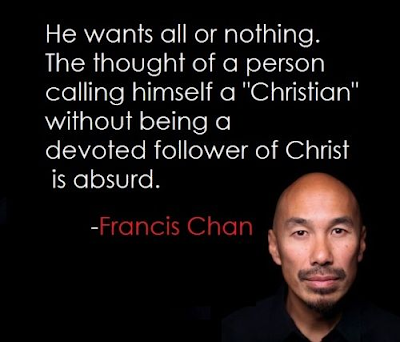 Working as a tinker, Bunyan often overheard a group of women discussing the Bible (while they waited). He later wrote, 'I thought they spoke as if joy did make them speak... They were to me as if they had found a new world.' Irresistibly drawn by their conversations, one day he marveled 'at a very great softness and tenderness of heart, which caused me to fall under great conviction of what by Scripture they asserted.' Shortly thereafter he placed his trust in the Lord Jesus as his Savior. Bunyan's path after his conversion, however, was neither smooth nor straight. He struggled with assurance of salvation, his daughter's blindness, poverty, his first wife's death, and his desire to preach the gospel -- though it was forbidden by law to do so publicly. In 1660, remarried and now the father of six, John Bunyan was imprisoned for preaching the Gospel in public without a license, because he had little education and disagreed with the Church of England. (Bunyan was a "dissenter.") 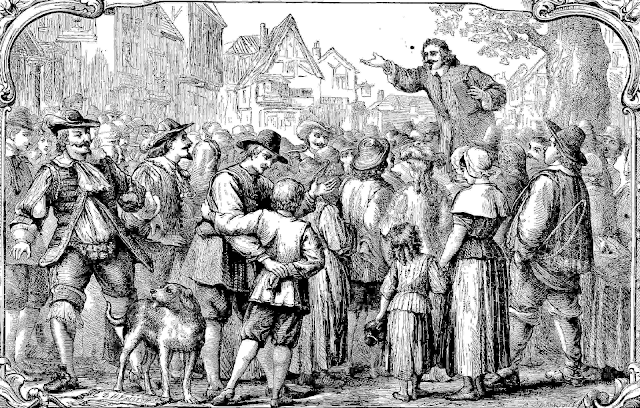 Intermittently in and out of prison for 12 years, he made shoelaces in his cell to support his family and spent many hours writing. His manuscript began, 'As I was walking in the wilderness of this world, I came upon a certain place, where there was a den [his jail cell], and I laid down in that place to sleep and I dreamed a dream... And behold I saw a man clothed in rags, a book in his hand, and a great burden on his back. I looked, and saw him open the book and read therein, and as he read, he wept and trembled...and broke out with a lamentable cry, saying, 'What shall I do to be saved?' The manuscript, entitled 'Pilgrim's Progress' told the allegorical story of Pilgrim's quest to answer that question. First licensed for print on February 18, 1678, Pilgrim's Progress is the best known of the 58 books Bunyan wrote. It remains in print more than three hundred years later and has never been out of print in any of the many years it has been around. It is the most printed and most translated English book ever -- having been translated into more than 200 languages and an extraordinary number of editions for children and adults." 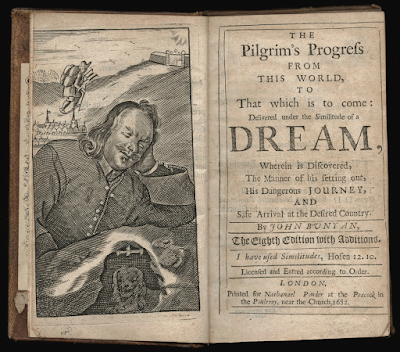 It is more than just interesting to think that Bunyan's goal in street preaching was to reach as many people as he could with the Gospel. Yet, had he not been sent to prison for doing so (and back to prison after being released for refusing to stop doing so!), his influence may have been limited to hundreds (or maybe thousands) in Bedford, England, and its surrounding villages. Instead he has reached millions upon millions in many generations and in 200 languages throughout the world because he was shut up in prison for 12 years, thus giving him time to write. 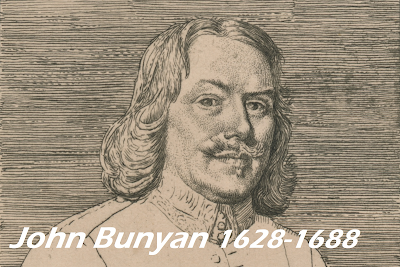 There were few Christian settlers in the early centuries of American history that did not have a copy of this book on their shelves, along with "Foxes Book of Martyrs." Robert McCrum, ranks it #1 among the world's 100 Best Novels: "There is no book in English, apart from the Bible, to equal Bunyan's masterpiece for the range of its readership, or its influence on writers as diverse as William Thackeray, Charlotte Bronte, Mark Twain, C.S. Lewis, John Steinbeck, and even Enid Blyton," he says. Another writer notes, "It is regarded as one of the most significant works of religious, theological fiction in English literature." Needless to say, if you haven't yet read it, it would be worth your time -- though you may want to purchase a modern language version as it was originally written in what we might call "King James English."


In His Grace. Pastor Jeff